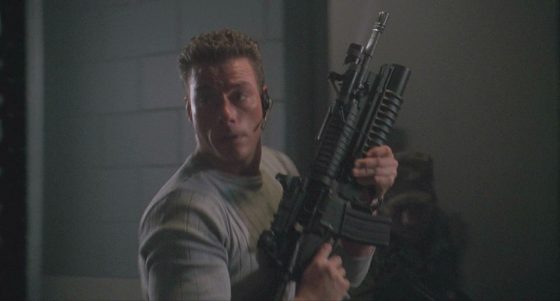 Appearing on the Universal Soldier: The Return soundtrack, Crush ‘Em was also the lead single off of Megadeth’s eighth album, Risk.  Universal Soldier: The Return co-star Bill Goldberg was such a fan of Megadeth and Crush ‘Em that he had the WCW invite Megadeth to play the song live as he made his return to wrestling and he used it as his temporary entrance music.  Goldberg and JCVD both appear in the official music video as well, which is set in some sort of futuristic facility that has been taken over by Megadeth and a squad of UniSols lead by Goldberg, which Van Damme is stealthily taking down the whole video.  Check it out below.