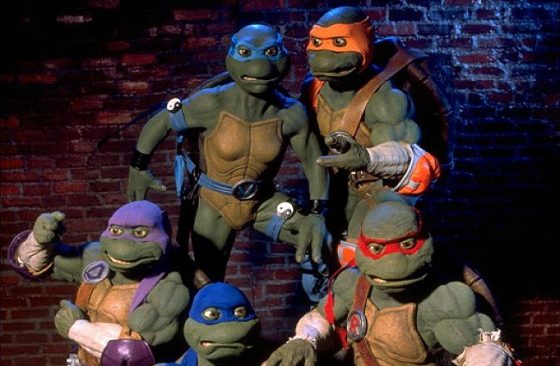 The last show for our month long trip back to the 90’s era Saban shows is the red headed step child of the Ninja Turtles franchise, Ninja Turtles: The Next Mutation.

Did I Know Anything Going In?: I was as obsessed with Ninja Turtles as I was with Power Rangers but I don’t recall watching this one religiously but everyone remembers the show’s big claim to fame, Venus De Milo, a misstep that has never been mentioned or referenced since.

Ninja Turtles: The Next Mutation was following in the footsteps of the 1987 TMNT animated series, which is arguably the most beloved entry in the Turtles franchise but Ninja Turtles: The Next Mutation is sort of a loose continuation of the live action trilogy that preceded it, keeping certain things like the Turtle’s abandoned subway station home that was in the movies but nothing else really carries over.  Shredder and the Foot are still a threat, despite Super Shredder being crushed to death in the anti-climactic finale of Secret of the Oooze but the new threat looming over the universe was The Rank, a group of dragonlike beings who were imprisoned thousands of years ago in another dimension but break free and enter the world of man to try and conquer it.

None of that really comes up in the first episode, which is part 1 of a 5 part storyline.  There’s a lot of the Turtles just sort of goofing off, Raph gets mad and goes riding around on his motorcycle, Donatello has come up with a satellite tracking system for the group, Mikey is riding around on a gas powered skateboard and Leo is trying to perfect breaking cement blocks with his head.  Splinter, meanwhile, is trying to mediate in the Dream Realm, but he finds it under attack by the The Rank and his spirit is captured.  Across the world in China, Chung I, a friend of Splinter and fellow ninja master, is trying to contain the The Rank but Dragon Lord, their leader, breaks free enough to hit Chung I with a, in all honesty fairly pitiful, fireball and he succumbs to his wounds but tells his daughter to go to NYC with his dying breathe.  That daughter is Venus De Milo, the fifth Ninja Turtle, who was separated from the other four and swept down the sewers to Chinatown and eventually China.  Co-creator of the Turtles, Peter Laird, hates Venus with a passion and one of his rules for the CG TMNT movie was that Venus could not appear or even be mentioned.  Really nothing from Next Mutation has moved forward with the Turtles in the recent movies or subsequent animated series.

The main action from this first episode of Next Mutation finds the Turtles fighting the Foot in some really sad, horribly choreographed fights, one in the Turtles lair that the Foot can seemingly just attack whenever they want.  The Foot ninjas are a mix of some who look like their movie counterparts but others look like they bought a generic “ninja” costume from a pop up Halloween store.  Shredder also looks absolutely terrible and there have been cosplayers at cons with better looking costumes.  The Turtles themselves are a little bit better looking than they were in Turtles III but their mouth and eyes are way off from they are supposed to be doing or saying and the same goes for Splinter.

Next Mutation is an oddity and it’s only for completionist/masochistic TMNT fans, as pretty much every other animated series or movie is better and closer to the spirit of the TMNT.  It was pretty ambitious for Saban to attempt a live action TMNT series but that ambition is probably one of the reasons the show was cancelled after one season, as even less than great animatronic costumes are still much more expensive than a new animated series.