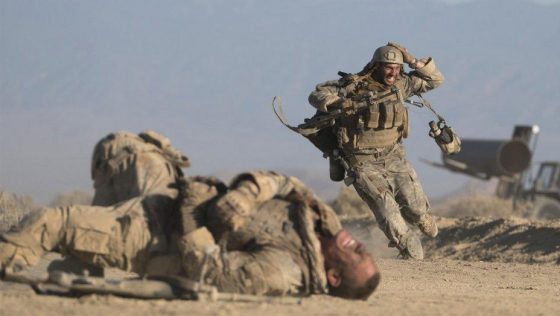 Coming from Amazon, Doug Liman directs what is sort of a wartime Phone Booth with The Wall.  Aaron Taylor Johnson and John Cena(!) are a sniper team in Iraq who become pinned down by a elite Iraqi sniper,  Cena is wounded out in the open while Johnson is hit and takes shelter behind the titular structure.  Much like Phone Booth, the enemy sniper gets on Johnson’s radio and taunts him for most of the movie.  Liman is one of the best action directors working today with stuff like Edge of Tomorrow and Bourne Identity and it’s great to have John Cena back in an action film, even though it seems like he might not be doing much in this because of his situation, so this seems like one to definitely keep an eye on when it comes out in March next year.  Check out the trailer below.