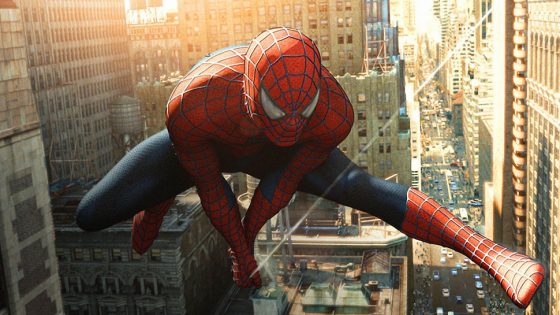 Sam Raimi’s Spider-Man set the standard for our current trend of comic book movies back in 2002 but it also set the trend for the soundtracks going forward to be full of nu-metal and alternative rock until well into the MCU.  The main single from the first Spider-Man was the ubiquitous “Hero” by Nickelback lead singer Chad Kroeger which also featured Josey Scott who, at the time, was the lead singer of Saliva and it was Kroeger’s first solo single away from Nickelback.  The song was a huge hit, hitting #1 on the Billboard Mainstream Rock and Alternative charts and hitting #3 on the Hot 100 and also hitting #1 in Kroeger’s native Canada.  The music video for the song features Spidey swinging past the band while the perform on top of a building in New York City while clips from the movie also play on a billboard nearby.  You can check it out below.