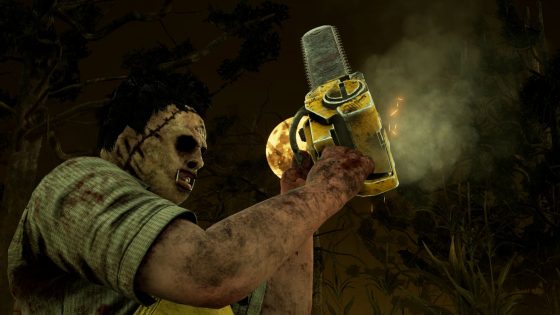 The latest edition of Gamebox 2.0 has arrived for another rundown of games we played recently on top of spending an entire weekend at AVideoGameCon in New Jersey, playing all things video games. This month we checked out some modern takes on some classic gaming genres, swung a chainsaw as Leatherface, explored ancient Indian tombs and more.

Dead by Daylight: Leatherface DLC:  (Zach) Even though it came out first, Friday the 13th: The Game seems to have cast a shadow over the super fun Dead by Daylight but it’s definitely worth checking out for any horror fans looking to hunt and be hunted online.  Seemingly scooping up everyone but Jason, Dead by Daylight previously added Michael Myers and Halloween characters and maps and now this week the chainsaw wielding Leatherface made his debut.  If you are not familiar with the setup for Dead by Daylight, you can either chose to be a survivor, in which case you’ll have to turn on a set of generators in the level to power up the exit and get out, or you play as a killer and try to kill the survivors by subduing them and hanging them on hooks throughout the level as a sacrifice to some sort of spider demon creature.  There are various skills and accessories to unlock on both sides and Leatherface, of course, comes with his trademark saw plus a sledgehammer, the former of which allows him to do a mad dash toward the survivors for a short time.  Hopefully Starbreeze can get more iconic killer added in the near future (1,2 Freddy’s coming for you?) and definitely don’t overlook this game compared to it’s currently more high profile competitor (although to be fair, I’ve heard Friday the 13th is fun as well, but I haven’t gotten the chance to play it yet).

The Ultimatest Battle: (Zach) The Ultimatest Battle is a multiplayer shooter that came out for free this week on Steam and it’s 2D chaos.  Pitting two teams of “Nubs” against each other in wacky arenas, you choose a class and then blast away while achieving objectives like gaining control points, defending a point, rescuing a princess or just good ol’ fashioned deathmatch. The art style really reminds me of The Oatmeal and the way the weapons work is similar to the classic Worms series, like holding down the mouse button to charge up the bazooka for instance, and the maps get as insanely destroyed as those old classics did, with the map looking like Swiss cheese by the end of the match. It’s quick and fun and there is a ton of wacky customization options available as premiums to customize your characters. If you’re looking for a new way to kill your friends online, it can’t hurt to check this one out for free.

Samurai Riot: (Zach) In the vein of beat ’em up classic like Turtles in Time, Final Fight, X-Men, etc, Samurai Riot  is an old school beat em up. Set in a fantastical world of samurai and you can play as one of two members of a clan that is under attack by a rebellion. You proceed through classic style side scrolling levels, taking on hordes of enemies and eventually facing off against bosses but unlike a lot of those old classics, you probably won’t get far mindlessly button mashing in this one. The enemies are much better than blocking than you may be used to and you have to have some patience and master your block and attack when you have an opening.  There’s special abilities for each character and an interesting moral choice system where you’ll have to decide what you will do at key decisions that will effect the rest of the game going forward, like if you break your oath to your clan and join the rebels or kill the rebel leader despite it seeming like they are telling the truth and your clan may actually be the oppressors.  It looks great as well, it reminds me of the games from Klei like Shank or Mark of the Ninja and if you’re looking for an old school beat em up with a little extra going on upstairs, this is definitely one to check out (It’s also built for local co-op as well, so grab a friend).

Pankapu: (Zach) Arriving this week on PC, PS4 and Xbox One, Pankapu is an absolutely gorgeous looking new platforming action game from Playdius. We actually got to check this one out way back at PAX East in the spring of this year but now the full game out and it’s fantastic. Telling a unique and wonderfully realized story, you take control of Pankapu, who is created by the God of Dreams to defend the realm of Dreamworld from an invasion of evil Nightmare creatures led by the evil Prince Gangreyn.  Pankapu’s default form is a sword wielding warrior but he unlocks an archer and mage form as well and each form gets multiple skill and weapon upgrades as you go along as well.  The game has a great mix of combat and challenging but not impossible platforming and there’s an additional, optional challenge where you can seek out creatures called Mudjins on each level, which are hidden in secret nooks and challenging side paths in each level. Pankapu recalls some of the absolute classics of the platforming genre from the SNES and Genesis days and it’s definitely worth checking out if you are fan of the genre.

Uncharted: The Lost Legacy: (Zach) Nathan Drake’s days an adventurer wrapped up last year in Uncharted 4 but The Lost Legacy proves there’s still tons of great action and adventure in the Uncharted universe even if Nate isn’t at the center of things.  Taking control of the fantastic Chloe Frazier, who we haven’t seen since about halfway through Uncharted 3, she teams up with Uncharted 4 baddie Nadine Ross, who is now just a gun for hire after losing her mercenary company Shoreline, the pair are after the Tusk of Ganesh, an ancient Indian artifact of unimaginable wealth.  Opposing the duo is warlord Asav, who has a previous connection to Nadine and wants the Tusk to incite a brutal revolt in India.  All the great action and platforming you love from the Uncharted series is here and it’s shorter length seems to have really helped amp up the pacing.  There’s never any sense that sequences are going too long or are just padding and there are plenty of Uncharted’s trademark set pieces, including a finale on a train that takes arguably the best sequence in any Uncharted, the train from Uncharted 2, to the next level by incorporating grappling hooks and drivable jeeps into the mix.  Chloe and Nadine have a great back and forth that, of course, leads to a begrudging friendship and there’s another Uncharted character who shows up in the last third to mix up the dynamic even more.  If you are a fan of the Uncharted games and haven’t played this yet, it’s not just a tiny expansion, this a full on, brand new adventure and hopefully we’ll get more in the future (Naughty Dog, a young Sully adventure, please?).

Delirium: (Chris) Delirium is an experimental indie game created by Mani Haider that was his response to the cult favorite demo P.T. Delirium is a short first person horror game that has the player navigate a small house to find clues to unlock a few doors and find out the purpose of being at the house. Don’t go into Delirium as a survival horror or a visual mind melter. Delirium works best as an interactive vignette, a small glimpse into a setting about supernatural elements and a person determine to find peace. The goal of the game isn’t fight off monsters and out run enemies, but to explore the surroundings and perform a few task. Casual gamers may not be keen to pick up this game right away since play time averages about 20 minutes or less, and is a little on the abstract side. The story is told through books that have to be found and the game lacks a run function, which makes the game feel a little sluggish. However, some gamers with an eye for game development should appreciate the attempts made by Mani Haider as the sole developer looking to expand his development skills. Delirium was released August 31 and can be found at the Steam Store. 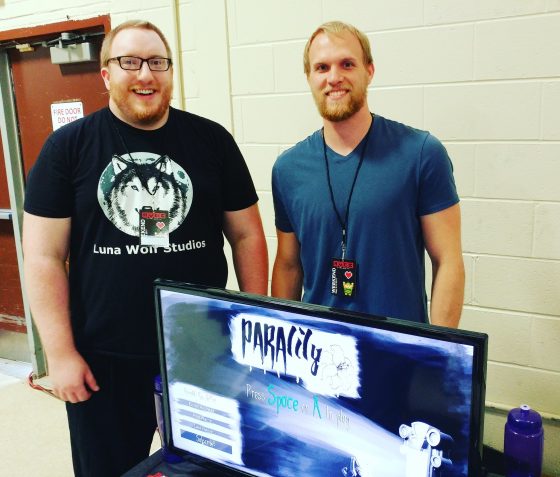 Paralily: (Zach & Chris) Coming from our friends at Luna Wolf Studios, Paralily was playable for the first time at the recent A Video Game Con, and it was kind of mind blowing. A side scrolling platforming puzzler hybrid, the main gameplay mechanic is switching dimensions or plains to get past obstacles or reach different areas (Think Portal, Paper Mario and or “Effects and Cause” from Titanfall 2). We’ve seen those games do something similar with switching back and forth between two polarities or dimensions, but Paralily goes the next level. In the demo build we played, you travel three levels of realities and have to quickly go back and forth between them using the bumpers to get the items you need to complete the stages.  It’s like going deeper in Inception, and it’s extremely fun to play. Luna Wolf Studio are known for their unique and crazy takes on traditional gameplay, and Paralily is probably one of their most innovative games. It’s in early development right now but keep an eye on their website for more info in the future.

Plunder Kings: (Zach & Chris) Coming soon to iOS and Android, Plunder Kings was also available to check out at AVGC from Goodnight Games. Based on old school vertical shooters, Plunder Kings has enemies flying and shooting bullets for the player to dodge and counter, but Plunder Kings features a loot system that lets the player gains loot with every enemy killed and uses gained loot to upgrade your ship after each player death. Every death leads to an upgrade that allows for better combat and even more loot, and tougher enemies and more challenges. Plunder Kings plays really well on an iPad and the player’s ship can be set to autofire mode so you can just concentrate on dodging enemies. (Unless you love a tapping challenging, then tap away manually, super old school style!). There’s always room for another great shooter on your phone or tablet, so definitely keep an eye out for Plunder Kings.