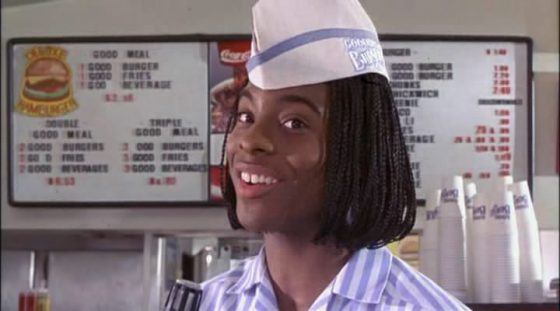 Good Burger and ska music are two decidedly 90’s bits of pop culture, so it was only natural for them to combine for the release of 1997’s Good Burger movie.  Ska punk band Less than Jake teamed up with Kel Mitchell, in character as the lovably dumb Ed, to expand Ed’s nonsense theme song “We’re All Dudes” to full length with all the trombones and saxaphones you can stomach.  Kel and Kenan Thompson also appear in the music video for the song which is the duo hanging out at an all day beach party, pretending to play guitar and getting into other shenanigans.  The entire Good Burger soundtrack was minor success when it was released, just barely missing getting into the Billboard Hot 100 at #101 and getting to #65 on the Hip-Hop/R&B chart.  Check out the music video for “We’re All Dudes” below.