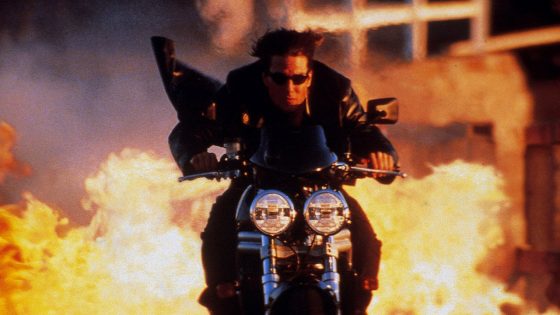 Mission Impossible II is the weirdest in the franchise for a number of reasons: the overall “John Wooness” of it, the constant face mask reveals and motorcycle duels just to name a few things and the soundtrack is no exception.  One of the only entries in the MI series with a distinctive soundtrack album, it featured Metallica, the late Chris Cornell, Butthole Surfers, the Foo Fighters covering Pink Floyd and, our focus today, Limp Bizkit and their track “Take A Look Around”.  In addition to being featured on the MI 2 soundtrack, the song was also the lead single off Chocolate Starfish and Hot Dog Water in July 2000 and was featured as the B-side to the slightly more popular “Rollin” when that song was released as a single.  Lead singer Fred Durst directed the music video for the song, which features the Limp Bizkit guys getting a MI style mission to recover a briefcase from four suspicious looking guys in suits and they take over a diner to try and steal it.  Check it out below.