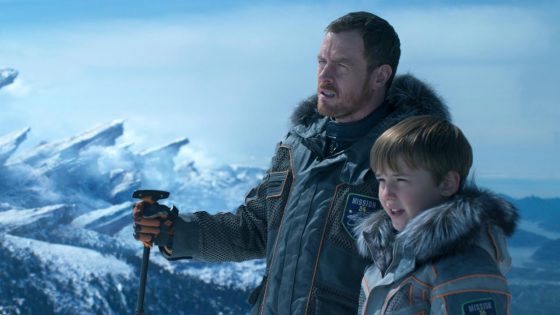 The last time we saw the Robinson family in pop culture it was the bizarre 1998 film version starring Matt LeBlanc that was somehow both ridiculous and utterly boring but Netflix is bringing the family of space explorers back for a gritty reboot in April with their new Lost in Space.  Starring Toby Stephens as John Robinson, Molly Parker as Maureen Robinson, Taylor Russell as Judy Robinson, Mina Sundwall as Penny Robinson and Maxwell Jenkins as Will, the show follows the same setup as the original series and movie, as the Robinsons set out to be the first colonists on a mission to settle a new planet for humanity but their ship is knocked off course and they end up light years from where they were intending to go and must survive on an uncharted planet.  Parker Posey co-stars as the gender swapped, but most likely still evil, Dr. Smith and the beloved Robot will appear in some sort of new form (although with a new voice since Dick Tufeld passed away in 2012).  Prison Break executive producer Zack Estrin is showrunning and the first season will be 10 episodes starting on April 13th.  Check out the first teaser below.