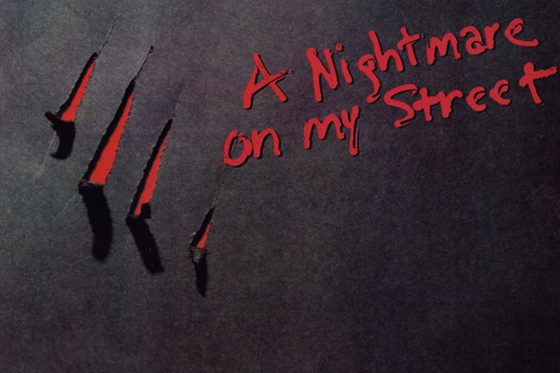 Last week there was a Halloween miracle when a piece of pop culture that was thought lost forever resurfaced, the official music video for “Nightmare on My Street” from The Fresh Prince and DJ Jazzy Jeff.  Created in hopes of being included on the soundtrack for A Nightmare on Elm Street 4: The Dream Master, New Line passed in favor of The Fat Boys’ “Get Ready for Freddy” instead.  BMG, Will Smith and Jazzy Jeff’s label, put the song on one of their albums instead and filmed a music video, which prompted legal action from New Line and the video was pulled from MTV after only a few airings.  Jazzy Jeff and Will Smith both apparently lost their tapes of the video but there was apparently at least one official tape out there and that’s what appeared on YouTube last week.  The video features Will being terrorized by “Freddy”, who does not look like Robert Englund’s iconic killer but more like a greaser Mac Tonight(?) and it’s classic Fresh Prince/Jazzy Jeff goofiness.  Check out this uncovered artifact below.