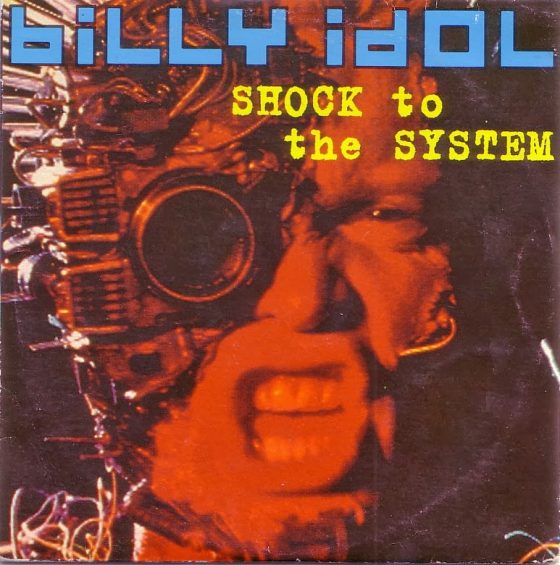 After huge hits in the 80’s like “Rebel Yell” and “White Wedding”, Billy Idol tried to do something completely different in 1993 with an insane concept album called Cyberpunk.  As the title suggests, it was heavily inspired by things like William Gibson and Neal Stephenson and shifted Idol’s rock style to a more electronic style.  The album was heavily tied into early 90’s Internet and computer technology, coming with a special CD-ROM and a website and e-mail special features but it received widely negative reviews and was also highly criticized by actual hackers and fans of cyberpunk, claiming, probably rightfully, that Idol was a poser who was just using all the tech and imagery to look cool and stay relevant.  The big single from the album was “Shock to the System” and the video was directed by Brett Leonard, who also directed The Lawnmower Man and Virtuosity.  The video also featured special effects by Stan Winston where Billy, who plays a reporter who is recording corrupt “Cyber-cops” beating civilians.  The Cyber-cops turn on Billy and beat him almost to death but his camera absorbs into his body and he becomes a powerful cyborg who is able to help rebels in the city beat back the Cyber-cops.  Idol was heavily inspired by the extremely recent LA Riots and actually rewrote the entire song to more closely reference those events.  You can check out the music video for “Shock to the System” below.