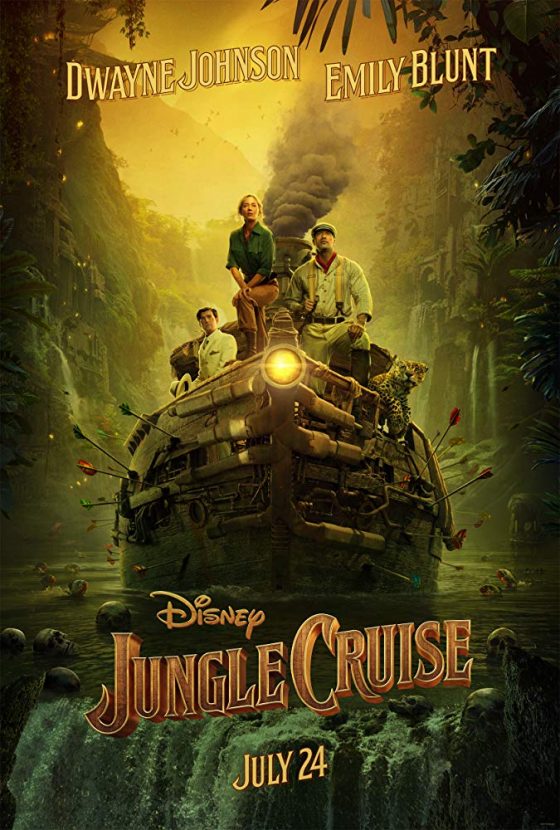 Disney has had some mixed results turning their iconic rides into movies, with Pirates of the Caribbean (at least the original trilogy) being the high-water mark.  Next summer, Dwayne Johnson and Emily Blunt are looking to turn the iconic Jungle Cruise ride into a rip-roaring period adventure.  Emily Blunt plays explorer Lily Houghton, who uncovers an ancient artifact that could lead to the mystical Tree of Life deep in the Amazon.  Along with her brother McGregor (Jack Whitehall), the siblings hire a con artist boat skipper named Frank (Johnson) to take them upriver.  It looks like a ton of fun with some Indiana Jones/Tomb Raider flavor mixed with some Pirates of the Caribbean as the crew discovers some supernatural threats further up the river and also kind of in line with what The Rock’s been doing with Jumanji and I also love that The Rock is scamming people with what is essentially the actual Jungle Cruise ride from Disneyland/Disney World.  The movie is directed by Jaume Collet-Sera, who has mostly teamed with Liam Neeson for movies like Run All Night and Non-Stop, and Jesse Plemons, Edgar Ramirez and Paul Giamatti co-star.  The movie arrives on July 24th next year and you can check out the trailer below.