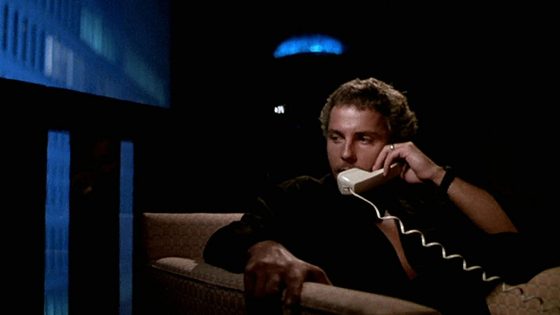 These days if someone thinks of Hannibal Lecter, they’ll usually go to Anthony Hopkins or Mads Mikkelsen but the very first cinematic Hannibal was Brian Cox in 1986’s Manhunter.  Directed by the legendary Michael Mann, the movie adapted Thomas Harris’ Red Dragon and featured future CSI star William Petersen as Will Graham, trying to track down the “Tooth Fairy” serial killer and must consult with Dr. Lecter, whom Will captured previously.  Mann used his typically stylish shooting style and utilized different colors to highlight the similarities and differences between Graham and Lecter (or Lecktor as the movie used).  Another style choice was the heavy use of diegetic music throughout the film, including Red 7’s “Heartbeat” over the end credits.  The song was apparently a favorite of Mann’s, as he had used it prior in an episode of Miami Vice.  The band was formed in 1984 and only lasted until 1987 when their contract was up at MCA and they put out only two albums along with contributing another soundtrack song to Explorers in 1985.  You can check out the music video for “Heartbeat” below, which unfortunately doesn’t have any tie-ins to the movie or Miami Vice.