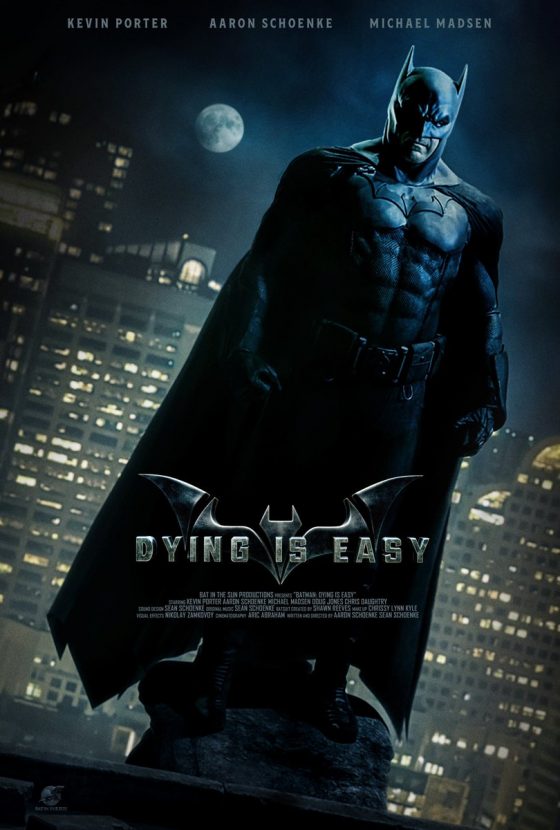 Aaron Schoenke and the team at Bat in the Sun return to the world of Gotham City for their latest Batman fan film, Batman: Dying is Easy.  Previously making the excellent Batman: City of Scars, their Batman, Kevin Porter, is back and taking on Schoenke’s Joker yet again, with Michael Madsen co-starring as Detective Bullock, who reveals to Batman that The Joker is dying in Arkham Asylum and is demanding to speak to Batman.  There is a slew of cameos from other Batman rogues and it looks incredible, especially the costumes and sets with Kevin Porter being essentially the Arkham Asylum style Batman and even doing a great job at emulating the vocal stylings of Kevin Conroy.  Check out the film below and definitely check out the other Bat in the Sun projects, including their Super Power Beat Down pop culture fight series and Ninjak vs The Valiant Universe.