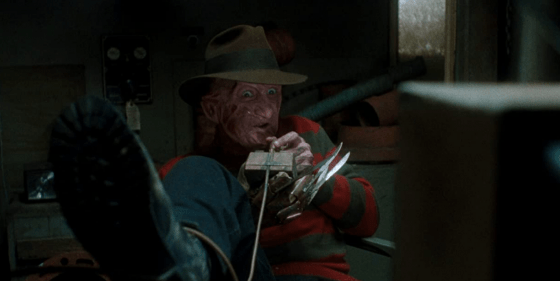 The Goo Goo Dolls found massive success later in the 90s with Dizzy Up the Girl and “Iris” from City of Angels but much earlier in their career in 1991, they performed “I’m Awake Now” for the soundtrack of Freddy’s Dead: The Final Nightmare, which celebrates its 30th anniversary this week.  The Nightmare on Elm Street series had a long history of rock soundtrack songs, with the high mark being Dokken’s “Dream Warriors” and “I’m Awake Now” has some of the style the Goo Goo Dolls would bring later in the decade with the earlier hair metal themes from the earlier Nightmare movies.  The song was only released as a promotion but it was included on the Greatest Hits Vol. 2 album from 2008.  The group filmed a music video for the song as well which features them watching Freddy’s Dead on TV and falling asleep, ending up in a dream where they are in theater and continue to watch the film while Freddy lurks in the background.  You can check out the video below.