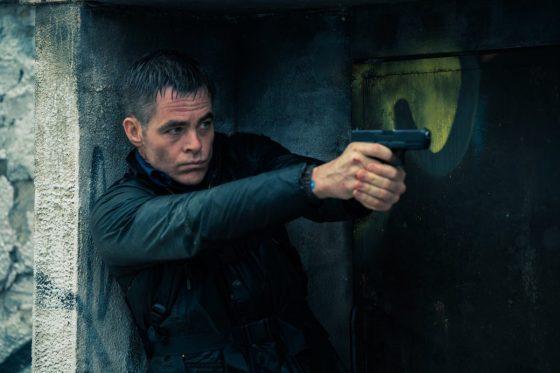 Reuniting with his Hell or High Water co-star Ben Foster, Chris Pine is a Special Forces soldier on the run in The Contractor.  Pine plays Sgt. James Harper, who is honorably discharged from the military but without any pension.  In debt and desperate for cash to support his family, Harper joins his fellow soldier (Foster) in joining a shadowy PMC run by Kiefer Sutherland.  While taking on a mission to stop what they are led to believe is a rogue scientist developing bioweapons, Harper realizes there are ulterior motives at play and goes against orders, which puts him in the crosshairs and on the run.  Gillian Jacobs and Eddie Marsan co-star and the movie is directed by Swedish director Tarik Saleh, who has previously directed episodes of Ray Donovan and Westworld.  The Contractor is out in theaters and on Digital on April 1st and you can check out the trailer below.

Dominic Coooper is Kind of an Irish Bourne in Stratton (Trailer)