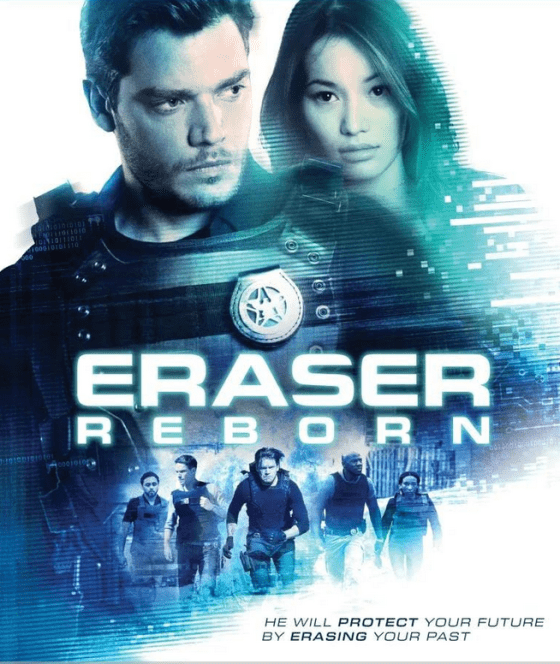 Eraser is an Arnold favorite here at Everything Action but we never expected there to be a sequel/reboot but Eraser: Reborn is coming in June.  Unfortunately, there’s no Arnold this time, with Dominic Sherwood from Shadowhunters in the lead as US Marshall Mason Pollard.  Sent on a mission to Cape Town to protect the wife of a crime boss that wants to turn against her husband, Rina Kamura (Jacky Lai), Pollard and his protectee are betrayed and left to fend for themselves.  McKinley Belcher III and Eddie Ramos co-star and the movie was directed by John Pogue, who directed The Quiet Ones and Deep Blue Sea 3.  It looks like there are some homages to the first movie, like a terrible looking CGI hippo instead of a terrible looking CGI alligator, the classic “you’ve just been erased” line, and the final showdown seemingly taking place at a naval shipping yard but there doesn’t seem to be anything with rail guns, which was one of the huge draws for the first movie.  There does seem to be some upgrades to the erasing arsenal though, like being able to wipe biometric data from surveillance systems.  Eraser: Reborn is on DVD, Blu-ray, and Digital on June 7th and you can check out the trailer below.

Everything Actioncast Ep 550 “Malignant, Class of 1999, Hawkeye, Grendel and More”