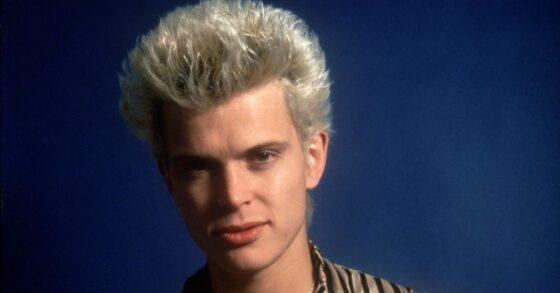 Coming from the soundtrack for Andrew Dice Clay’s The Adventures of Ford Fairlane from 1990, “Cradle of Love” became one of Billy Idol’s biggest hits and his last major hit in the US.  Along with coming from the Ford Fairlane soundtrack, “Cradle of Love” was the first single off of Idol’s fourth album, Charmed Life.  The song hit #2 on the Billboard Hot 100 and #1 on the Mainstream Rock chart and it ended the year at #9 on the Billboard Hot 100.  For the music video, none other than David Fincher came in to direct and he had to shoot Idol only from the waist up as Idol was recovering from a motorcycle accident.  The video also featured clips from Ford Fairlane but, at the time, Andrew Dice Clay was banned from MTV, so he did not actually appear in any of the movie clips, despite the fact that he was the star of the film.  The video also featured Betsy Lynn George and Joshua Townshend-Zellner and was about a sexy young woman trying to seduce a mild-mannered businessman. The movie won Best Video from a Film at the 1990 MTV VMAs and was nominated for Best Male Video and Best Special Effects.  Check out the video below.