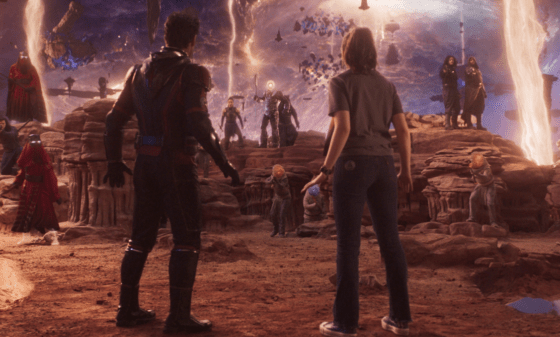 The last time we checked in with Scott Lang (Paul Rudd) was in Endgame where he helped his fellow Avengers stop Thanos and save the universe.  Post-Endgame, things seem to be going pretty good for Scott, but he, along with Hope (Evangeline Lilly), Hank (Michael Douglas), Janet (Michelle Pfeiffer), and Scott’s daughter Cassie (Kathryn Newton) are sucked back into the Quantum Realm when an experiment Cassie was working on goes awry.  Along with all the bizarre creatures and landscapes that inhabit the Quantum Realm, the gang also has to deal with Kang (Jonathan Majors), this time the Conqueror variant who is set to become the primary threat to the entire MCU going forward.  Peyton Reed returns to direct and it looks like the craziest and trippiest Ant-Man entry yet.  Quantumania is out on February 17th next year and will kick off Phase Five of the MCU.  Check out the trailer below.