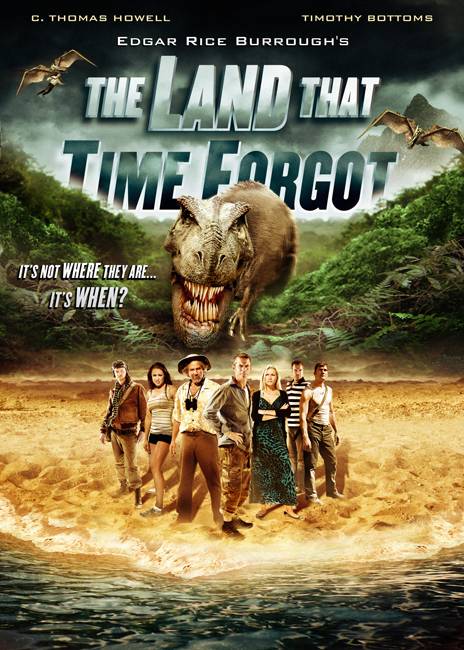 With “Land of the Lost” coming out around the same time and Lost in it’s fifth season, The Asylum tried to capitalize on both with another classic “mysterious island” story, The Land That Time Forgot by Edgar Rice Burroughs.  It’s also considered a remake of the 1975 adaptation that starred Doug McClure.

C. Thomas Howell is back again?!: Yup, directing and starring in yet another Asylum movie.  I’m convinced at this point that he either killed someone and The Asylum has blackmail evidence or he just says yes to anything a la Danny Trejo, Samuel L Jackson or Lance Henriksen.  Howell plays Frost Michaels, a name disproportionate to how bad ass he actually is.  He’s also joined by Timothy Bottoms as Captain Burroughs. 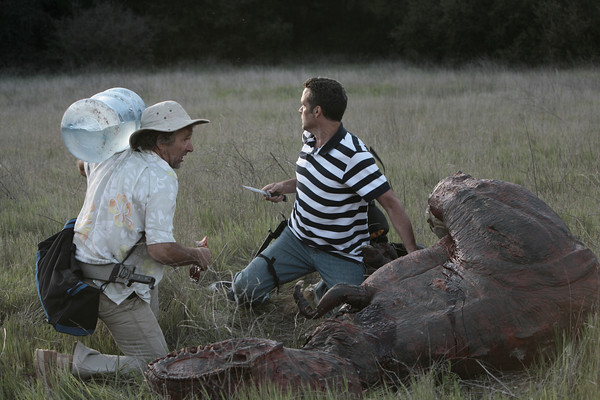 Wasn’t Timothy Bottoms the dad from Nickelodeon’s Land of the Lost remake?  Right you are, so he has experience with weird time holes and dinosaurs.

So how do they end up on this mysterious island?  Well, there’s two couples out on some sort of yuppie island cruise.  They end up in a storm and a mysterious portal opens and they wake up in the waters around the island.  They later find out that it’s full of other castaways from different time periods who got caught in the Bermuda Triangle, including a WWII fighter pilot and the crew of a U-Boat.  Also, dinosaurs. 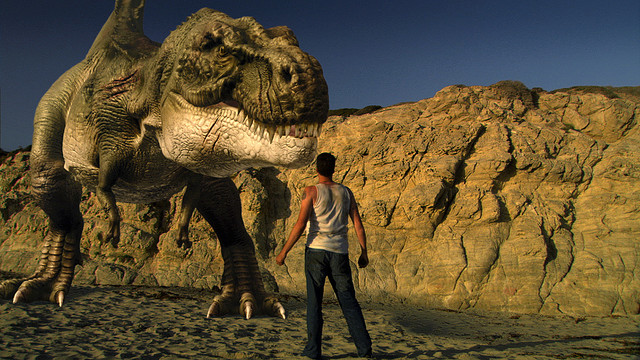 How do the dinosaurs look?:  Well, first of all, it’s “a” dinosaur, a wily T-Rex who keeps harassing them.  It looks about as terrible as you would expect but at least they put in the effort to animate it and not just show the same effects over and over, like our last entry, War of the Worlds 2. 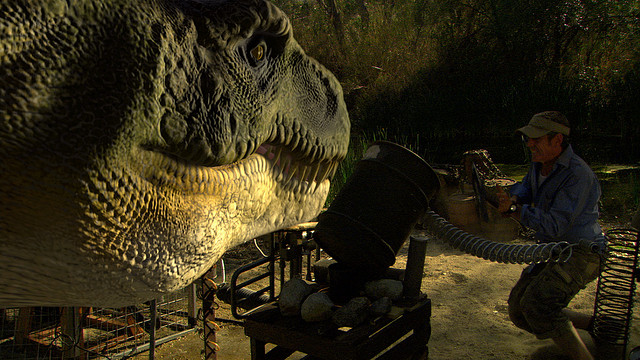 Any crazy over the top dinosaur kills?:  Not as much as  you would hope.  Stack, the dude bro first mate to Captain Burroughs, gets knocked off a cliff by a pteradactyl  and then flown away to, presumably, be eaten at their nest.  Stack is never seen or referenced again, btw.  The craziest thing that happens is probably how they finally take out the T-rex.

And how do they do that?  They eventually team up with the Germans when their first allies abandon them and steal their boat.  They learn that the T-Rex nest is sitting on a huge supply of petrol, so they come up with a plan to lure the Rex out and kill it with the sub’s torpedoes.  Obviously, the torpedoes are awful on dry land and they miss, so not Adam Baldwin, Cole, sacrifices himself by getting eating holding a live grenade, which blows the Rex to pieces.

So do they actually escape?: Most of them might have.  Captain Burroughs, who is like a cross between Jeff Fahey and Jeff Bridges, is some sort of Walter Whiteesque science genius and jerry rigs a distillery to create diesel fuel.  Performing repairs on the sub and gathering fuel, the sub is ready to try and escape but, shockingly, there’s another T-Rex on the island and Frost stays behind to fight it off so the sub can escape.  He does this by blowing up the distillery, possibly by accident.  When he comes to, he finds out that his wife Karen stayed behind as well, so now they are stuck on the island for good.  Despite the dinosaurs and no medical supplies, Karen manages to get pregnant, so that will probably work out great for them.

Is it worth watching?:  Eh, it’s not the worst movie I’ve seen for this grand experiment but there are so many better “weird island”/dinosaur things you could watch.  I’d recommend the British show Primeval for some fun dino action or just watch Jurassic Park or The Lost World again.

Next Up: Mega Shark and Giant Octopus enter the ring for a steel cage death match guest refereed by Debbie Gibson and Lorenzo Lamas.