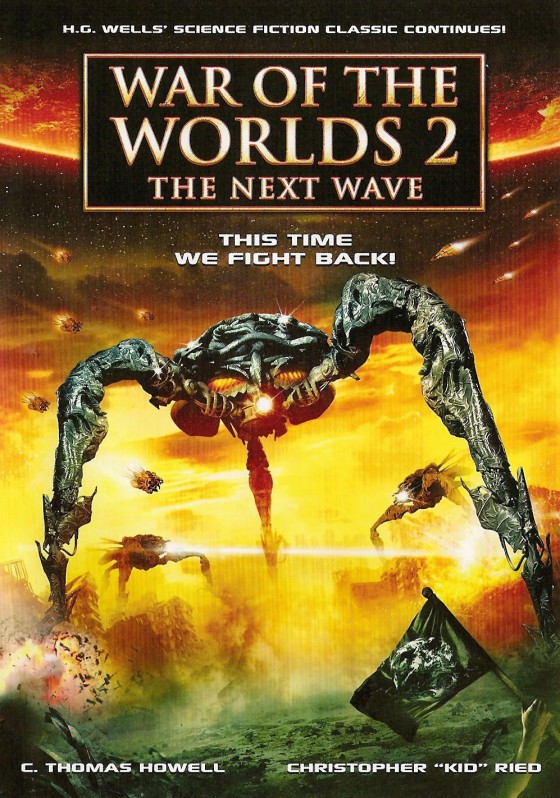 C. Thomas Howell either really believes in The Asylum or they have blackmail material on him: Yeah, he’s definitely one of the most frequent recurring B-listers appearing in Asylum movies.  I’m wondering what made him want to direct for them as well. 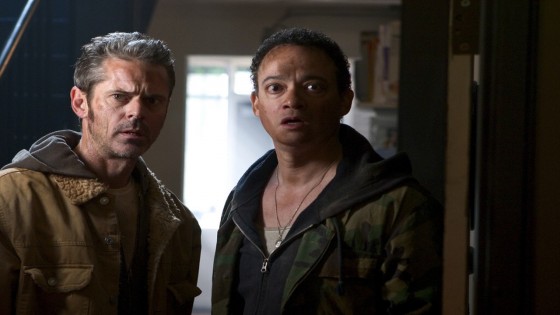 How is the directing?:  Eh, it’s competent but there’s nothing that would make you think, “Oh, did C. Thomas Howell direct this?”.  C. Tom gives himself some hilariously over the top Oscar moments, like when he believes his son is vaporized by a Martian walker and he starts yelling at God that “I’M NOT YOUR JOB!!!!!”  It also has a pretty egregious use of the same special effects shots again and again. 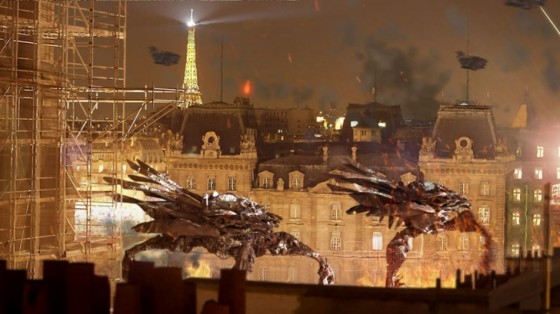 Is that also Kid from Kid N Play?: In fact, it is, Christopher “Kid” Reid co-stars with C. Tom as Pete, an Army soldier who gets abducted along with George Herbert (Howell) and taken into the mothership. 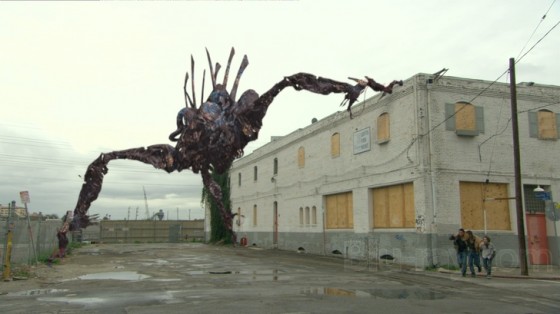 Back up, what the hell is the plot of this thing?: So three years after the invasion of the first film. scientist George Herbert and his son Alex are surviving in their home and George is working for the Free Forces to develop defenses against a return by the Martians.  Apparently, the first attack was so devastating that the planet is in a semi-post apocalypse, as there’s no electricity and limited food, along with guys hording and trading gas.  For some reason though, instead of bringing back the electrical grid or growing crops, the Free Forces have been doing Independence Day style research on a fallen walker and have reverse engineered it into fighter jets that can go in space.  Because who care about food when there’s bitching space battles to fight, right?

And you said C. Thomas Howell gets abducted along with Kid?: Yes, they end up on Mars in some sort of bizarre Matrixesque simulation of Earth with a pair of insane homeless people, one of whom was experimented on by the Martians and the other injected himself with the other’s blood.  They are gibbering insane but have a vague plan to infect the Martian blood supply, as the Martians nourish themselves on human blood.  C. Tom ends up infecting himself as well in exchange for finding out where his son, Alex is but the crazy guy dies before George can get the info.  They find him easily anyway and then George infects the brain of the mothership, which looks like a weird glowing scrotum. 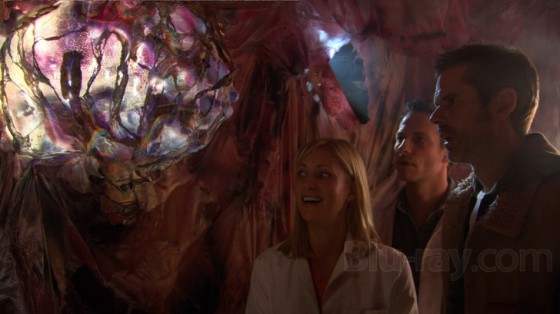 And then there’s also space battles happening?: Kind of, the fleet of space fighters goes through a wormhole and ends up at Mars as well.  Alpha, the major leading the attack, crashes into the mothership and conveniently finds everyone and his ship is also apparently big enough for four people and able to immediately take right back off.  They all fly off through the wormhole just before the mothership explodes.  The one thing that isn’t clear is that there seemed to be at least a couple dozen fighters in the attack but only the one ship is seen going through the wormhole, so where did everyone else go?

Sounds like a usual rushed Asylum ending: Pretty much, everyone is just running around and things start happening out of nowhere and there are a ton of coincidences that help wrap everything up.  Also, George is just magically is cured from the insane Martian death plague after three months.

Is it worth watching? It has slightly better effects than the typical Asylum movie but it’s just mediocre at best.  Interestingly, the rumored plot for Independence Day 2 seems to be almost the exact same as this movie, with humanity incorporating alien technology and using it against a second invasion, which might be the first instance of The Asylum getting ripped off instead of vice versa.

Next Up: C. Thomas Howell is back again in a strange time warp caught island in The Land That Time Forgot