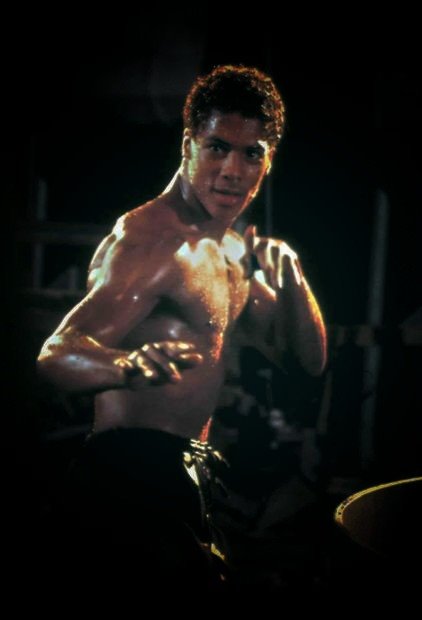 Leroy Greene, following in the footsteps of his idol Bruce Lee, attempts to become one of the greatest martial artists in the world.  After years of training his Master tells him that he only has one more step to become a true master.  This “Final Level” is achieved by only the best martial artists and Leroy goes on a quest to find a mysterious master in Chinatown who might be able to help him.

Before he can start his quest however he gets sidetracked by the plight of VJ Laura Charles.  Laura is being harassed by arcade mogul/music producer Eddie Arkadian in an attempt to get his girlfriend’s horrible music video on the air.  Laura refuses and Arkadian ups his threats to actually sending goons to rough her up.   Fortunately Leroy is walking past at that exact moment and is able to defeat the goons.  He agrees to help Laura stop Eddie and, using his martial arts skills, enters Eddie’s apartment and warns him to back off.

Eddie doesn’t react to well to this and thinks up a plan to get the video on the air and take down Laura and Leroy.  He puts out a call to all the lowlifes in the area and hires them to take down Leroy.  The most dangerous of these hires is Sho’Nuff, the self proclaimed shogun of Harlem, who has a grudge against Leroy because Leroy refuses to fight him to prove who is better.  Meanwhile, Leroy managed to get back to his original quest of finding the master in Chinatown, only to discover the “master” is actually an automatic fortune cookie machine.  He returns to his master who reveals the answer is inside Leroy.

Eddie then kidnaps Laura at her TV studio and also captures Leroy’s brother Richie, who snuck in trying to talk to Laura.  Leroy arrives and finds himself outnumbered but help arrives in the form of his friend Johnny and his entire dojo.  A massive fight breaks out with the hired goons being beaten by 12 year old kids and students.  Eddie flees with Laura as a hostage into a nearby building and Leroy gives chase.  Eddie flees deeper into the warehouse and allows Sho’nuff to finally take on Leroy.  Unfortunately for Leroy, Sho’nuff has managed to unlock the secret of  “The Glow” and proceeds to beat him down across the warehouse.  Sho’nuff demands that Leroy call him “Da Mastah” but Leroy refuses, so Sho starts shoving him into a water barrel.  While underwater, Leroy has a revelation and realizes that he was the master all along.  With this new knowledge he obtains the Glow and the final battle rages until Leroy kicks Sho’nuff into another barrel of water.  Eddie takes this oppurtunity to jump out and takes a shot at Leroy with his gun.  With his new Glow powers however, Leroy is able to catch the bullet in his mouth and then hangs him by a chain so the police can arrest him.

Leroy then surprises Laura at her show the next day and they kiss while everyone dances to a convenient martial arts themed song.  Leroy is truly “The Last Dragon”.