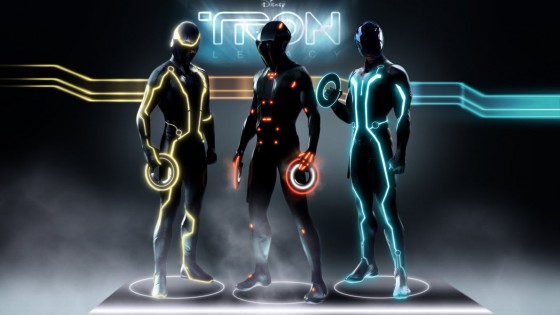 Wreck It Ralph is out this weekend and besides looking like an absolute blast, it also looks like a love letter to all things games.  It’s also the latest in the genre of “movies based around games but not a specific game” and here are our picks for it’s top 5 predecessors.

Probably most notable now as the movie that introduced the world to Super Mario Bros 3, and, to a lesser extent, the Power Glove. The movie follows autistic video game savant Jimmy on his quest to get to California and his brother Corey trying to captialize on his skills to win money and eventually, Video Armageddon. Along the way, they run afoul of fellow expert gamer, Lucas Barton, who owns every NES game along with the Power Glove. The movie features most everything related to Nintendo at the time, like the hottest games (Rad Racer, TMNT, Double Dragon) and the Power Line, where you could call in, for extremely high costs, to get tips on games like Ninja Gaiden.

I think it’s the dream of most gamers that if you prove yourself as the best, you will eventually be recruited to use your skills to save the world for real. That’s what happened to trailer park kid Alex Rogan, who sets the record on the video game Starfighter and is recruited by intergalactic salesman/con man Centauri to join the Star League and defend the frontier from the evil Emperor Xor. The movie was one of the first movies to use extensive CG effects, so it actually felt like a video game and it’s rightfully a beloved 80’s classic.

The Last Starfighter showed that games could save the universe but WarGames took the opposite approach and posited that games could bring about nuclear armageddon. Hacker/gamer David Lightman manages to break into the most advanced computer in the world, WOPR, and accidentally launches it into a nuclear war simulation that almost brings the world to actual nuclear war. To be fair, WOPR’s creator, Dr. Falken, should have at least put in a capital letter for WOPR’s password and shouldn’t have listed games like chess and poker along with Global Thermonuclear War.

2. Scott Pilgrim vs The World

Scott Pilgrim takes a slightly different approach to games than the other movies listed so far in that, instead of games effecting things in the real world, the real world is a game. The universe of Scott Pilgrim is fairly normal, if you’re a hipster living in Canada, but then video game effects start seeping in until everyone is engaging in over the top fights, usually concluding with KOs and people bursting into coins. Things like XP and 1-ups also factor heavily into Scott’s quest to win the heart of Ramona Flowers and defeat her seven evil exes.

The world of Tron, at least pre-CLU, is one of the coolest places a gamer/nerd could ever hope to enter. There’s constantly awesome music, courtesy of Daft Punk, you don’t age, you can repair even the worst wounds by fixing the “code” and there’s awesome disc and light cycle battles to watch. Unfortunately, Kevin Flynn’s best intentions are corrupted when his doppleganger, CLU takes over and genocides and massive derezzings follow. Kevin’s son, Sam, enters the world (through the most 80’s arcade in the world, obviously) and is forced into both of the world’s games and eventually helps his dad free the world of The Grid from CLU’s tyranny. He also takes a possibly new lifeform back to the real world, but she’s hot, so who cares about the ramifications?