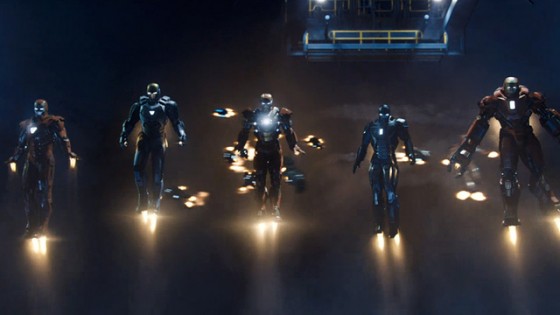 Despite seeming like a great Mother’s Day pick, The Great Gatsby was not able to defeat Iron Man 3 at the box office this weekend.  Iron Man 3 made another $72.5 million and is up to a little over $949 million worldwide, and unless something drastic happens, it will almost definitely make over a billion.  Gatsby took second place with a solid $51.1 million, easily the best opening ever of director Baz Luhrman and the second highest opening for Leonardo DiCaprio behind Inception.  Pain & Gain dropped to third with $5 million.  Peeples was a bomb with only $4.8 million, easily the lowest opening for a Tyler Perry produced movie.  42 rounded out the top 5 with $4.6 million.  Other than that, nothing else really moved to drastically.  The question for this weekend is will Iron Man 3 maintain it’s top spot or will Star Trek Into Darkness be able to take down Tony Stark?