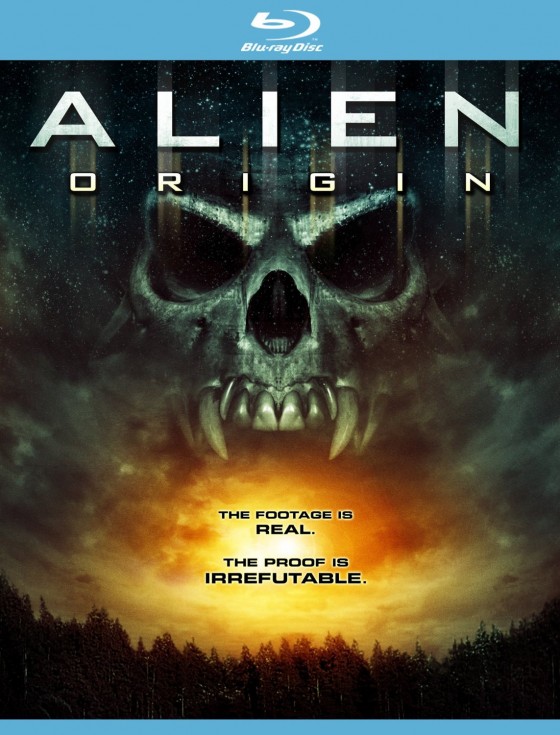 With Prometheus coming out in 2012, The Asylum tried to capitalize with their own take on “aliens creating humanity” story with the found footage, Alien Origin.

No recognizable slumming stars in this one?:  No, but being found footage, I’m more OK with that than usual, because seeing like a Lance Henriksen or something in there would probably kill what little “realism” the movie’s found footage conceit has.

So what’s the plot: Well, we’re watching the edited footage from a lost special forces team from Belize who were sent into the jungle on a vague mission to look for “illegal activity”.  For some reason, accompanying this team is Julia Evans, an “adventure journalist” who is filming the team’s mission for her magazine(?).  On the second day, the team gets a new objective to find a pair of archaeologists who have gone missing near some Mayan ruins. 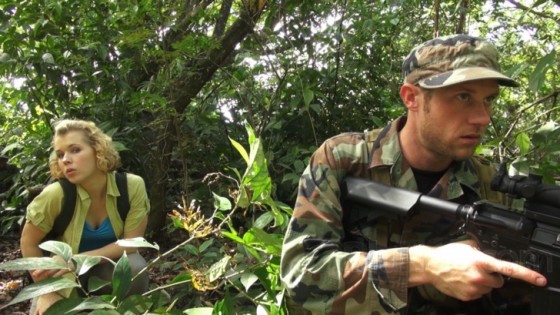 Where do the Aliens come in?:  Well, one of the missing scientists, Dr. Holden, was investigating some nearby caves and found a mysterious alien skull and then he and his assistant Susan were abducted. 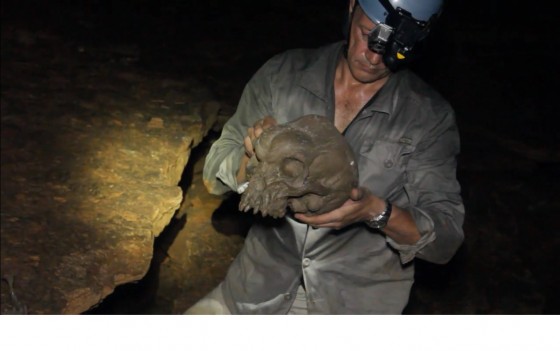 The team then finds both scientists randomly, stumble across a UFO and then are hunted for the last 30 minutes.

So it kind of turns into Predator?: If you strip out everything that made Predator awesome, than yes, it’s like Predator.  The last 30 minutes is one of the most boring, incomprehensible things I have ever seen as you can never tell who is getting killed, where anyone is or what is shooting at them.  You never really see the alien because it’s, aura I guess, causes distortion in the cameras. 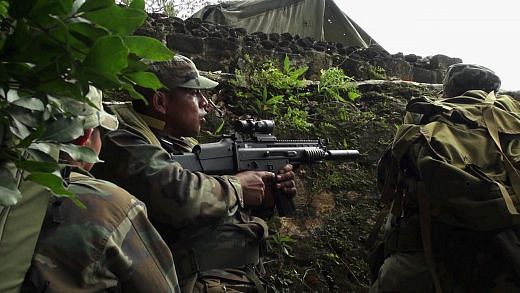 So the found footage is kind of annoying?:  Surprisingly not at the start, it seems like it’s actually going to be a decent  found footage movie but in the last 1/3 of the movie it just devolves into the worst tendencies of found footage where it’s all shaking running and static filled shots to obscure the terrible special effects.  The beginning of the movie is actually pretty solid, with a decent build up and hints to the aliens, with footage off of a camera they find on a boat showing it being taken into orbit by the aliens and Dr. Holden’s discovery of the alien skull.

So what’s the actual “Alien Origin” of the title?:  It’s the one of the most shoehorned scenes I’ve ever seen where possibly someone on set realized that they hadn’t done anything to reference what the title suggests and they put one scene at the end where Susan, the assistant of Dr. Holden, says they analyzed the skull and found it had 70% of the same DNA as humans but literally the next thing after this is the credits.  There is no mention or discussion of this, or really anything alien related, during the rest of the movie.

So it’s not worth watching?:  Dear god no, it actually starts out promisingly but then you realized that 90% of the movie is people silently walking through the jungle or shooting at unseen aliens firing what looks like roman candles at them.  Despite some plot holes, at least Prometheus was cool to look at and actually tried to bring up some interesting ideas.  I’ve seen worse found footage movies but Alien Origin is barely in the mediocre range.