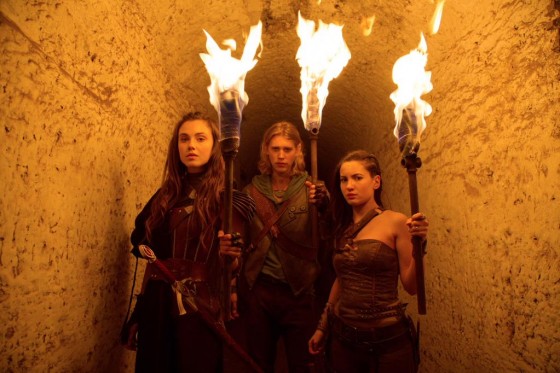 MTV is taking their stab at competing with Game of Thrones with their new fantasy series, The Shannara Chronicles.  Based on the series of books by Terry Brooks, the show sets itself apart from other fantasy stories by actually being set in the future of Earth, but it was so devastated by a nuclear war that the world is now reverted back to a pre-industrial state and magic has reemerged, along with strange new creatures and races.  Jon Favreau is producing the show and it stars Manu Bennett, Poppy Drayton, Ivana Baquero, Austin Butler and the one and only John Rhys-Davies.  The world looks incredible and it definitely seems like it could be a strong PG-13 competitor to Game of Thrones.  The show starts in January and you can check out the trailer/behind the scenes video from Comic Con below.