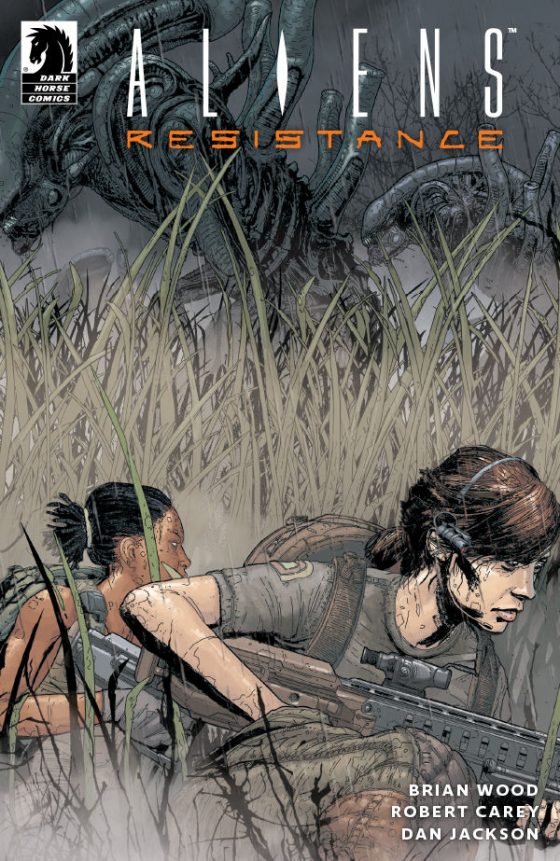 If fighting killer cyborgs and vicious xenomorphs weren’t enough of a challenge for these daring heroes, they take on the nightmare situation of spinning out of control in space. With no one else to heading to rescue them, Ripley and Hendricks act fast to survive. Timing the approach of the Weyland-Yutani cruiser, the pair to make a safe landing. However, they discover there isn’t an ordinary planet. Everything about the place has been created by Weyland-Yutani to be a testing ground. Traces of clues left behind by the kidnap colonists shows what Weyland-Yutani has been up to. Now Ripley and Hendricks must hurry and get their evidence needed to stop Weyland-Yutani latest experiment.

Brian Wood ramps up the dangers, tossing Ripley and Hendricks into space and pitting them against salvage xenomorphs. The heroes barely get a minute to breathe before they are off to the next step in their plan. But its a race against time as Weyland-Yutani closes in on the intruders. Robert Carey and Dan Jackson amazingly depict the merciless grip of space as Ripley and Hendricks drift into the darkness. Being in space looks like a constant battle that has everything trying to kill you. Carey also knows how to make a gruesome introduction to the xenomorphs, not afraid of hold back the glory visuals in this issue. With so many lives at stakes, Ripley and Hendricks must gather the strength to complete their vendetta against the evil corporation. The story heads to its climactic finale in the next issue.