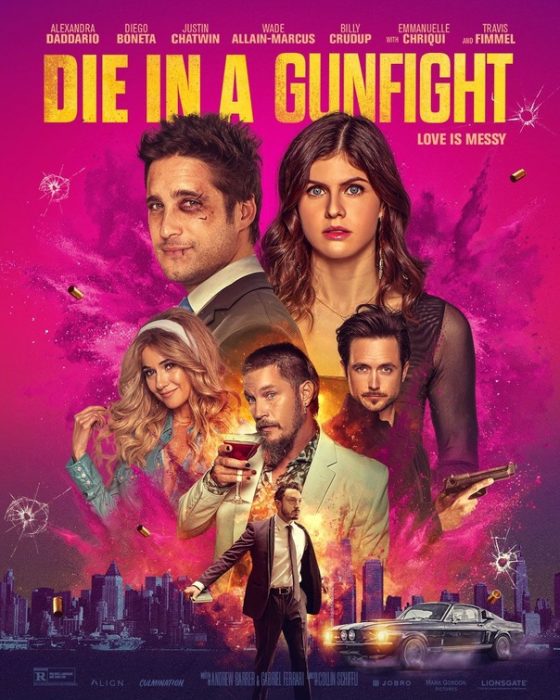 Seemingly a cross between Romeo & Juliet and something like True Romance, Die in a Gunfight is hitting theaters and On-Demand in July. Alexandra Daddario and Diego Boneta star as a couple in love despite the bloody feud that has existed for centuries.  Defying their parents, the pair refuses to break things off and they become the target of all kinds of colorful characters, like Travis Fimmel’s Wayne.  Emmanuelle Chriqui, Justin Chatwin, Billy Crudup, and John Ralston co-star, and the movie is directed by Colin Schiffli, who previously worked on The Dark Knight Rises and directed smaller movies like Animal and All Creatures Here Below.  The movie has been in development for a while, with the script originally appearing on the 2010 Black List for unproduced screenplays and then Zac Effron was cast in the lead but the movie languished for several years until the current stars signed on in 2019.  The movie is out on July 16th in theaters and On Demand and you can check out the trailer below.