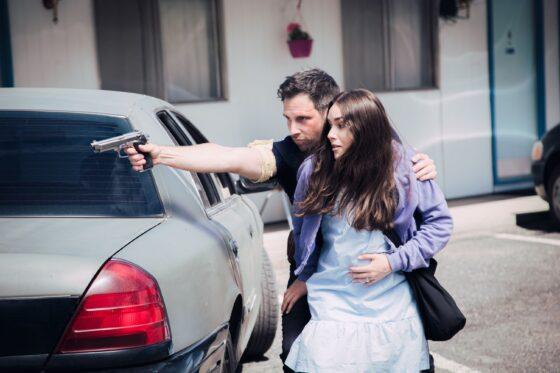 The always bad-ass Vinnie Jones plays a crime boss who is after his pregnant wife, who has escaped to get away from him, in the upcoming action thriller Bullet Proof.  Directed by and starring James C. Clayton as “The Thief”, he steals millions in cash from crime boss Temple’s (Jones) headquarters and makes his escape.  He finds an unexpected hitchhiker in Mia (Lina Lecompte), Temple’s pregnant wife who he will do anything to get back.  Temple and a team of mercenaries and assassins, set out to pursue Mia and The Thief.  It looks like some solid action with some Transporter vibes and some cool-looking shootouts, car chases, and fights.  It’s out in select theaters, on-demand, and digital on August 19 and on DVD/Blu-ray on September 27th.  Check out the trailer below.

Best Friends Get Trapped 2,000 ft Up in Fall (Trailer)

She-Hulk Begins Her Practice In August On Disney+ (Trailer)