This entry is part 7 in the series EA at TooManyGames

Summer is here and it was time for my annual trip to Oaks, PA to be part of one of the best gaming conventions around, Too Many Games. Packed with vendors, traders, crafts and of course games, TMG is a stable for a large community of nerd culture with tons of stuff to do and see for 3 days. With over 7,500 attendees from 2015, this year was estimated to have over 10,000-12,000 attendees.

This time around, I was with the members of AVideoGameCon, working the front lines of the freeplay selection. We watched over and maintained 60+ TVs and consoles that entertained countless people looking for a break between panels and shopping, or throwing down the nerd cred in a quick Pokemon Puzzle League challenge or a deathmatch in Halo 2.

Before the event, I arrived to see what our station would look like before people flooded the place, and maybe try to play a few games while I had the chance. SavePoint brought in a few candy cabs like Street Fighter 3rd Impact, Street Fighter Alpha, MVC2, and Tekken Tag Tournament, popular games among fighting gamers so I had to get my fill before the lines showed up. NJ Gamer Con brought in a few classic arcade cabinets such as Final Fight, Donkey Kong, and Ms. Pac Man to the mix  and are still hard to beat. Like a child with a pocket full of arcade tokens, it was heaven to hop between machines. The only problem is that I would have to share this place later and be all responsible on my duties there. But for those brief hours, those were my machines!

Our excitement for the convention and all things games, we played a few rounds of couch gathering multiplier games such as GoldenEye, Perfect Dark and Bomberman64 because when you cram gamers together someone is bound to bring out a N64. On second though, maybe marathon gaming into the late night wasn’t the most reasonable choice, but that’s why coffee and energy drinks exist!

Why sleep when you can game?

Four cups of coffee and a ice cold shower later, the AVGC team and I left for the convention in the morning. Pumped for a full day of greeting attendees, swapping consoles and mingling with some internet celebs, we dug in the freeplay room and awaited the masses. Around 11 am, attendess  The eager collectors wanting to be first in line to get at the rare games being sold skipped us completely to go queue up while the more casual ones were browser our selection of consoles and were remembering how to play certain games. You might remember all the special warps in Super Mario Brother, but even the most experienced gamer didn’t memorize all the traps in Dragon’s Lair.

Attendees waiting to be first on the showfloor.

Occasionally I was able to tag out of the freeplay area go wander around. The show-floor this year was expanded to accompanied more vendors, so there was plenty to see. The TMG market place has a vibe of a flea market with their friendly vendors that try to offer you the best deals to get you to buy. I have to admit that it works because I wasn’t looking for anything particular, and I ended up everything I didn’t know I wanted.

I’ll want for the Game of the Year edition.

One noticeable vendor was the Mega Ran & Nerds Clothing Booth. The last time I was at TMG, Mega Ran was my booth neighbor and it was always great to come by and talk nerd with him. I also picked up some CDs, an autograph, and a pic with his group.

Looking at the floor, I spotted an arrow with allure words point me in a direction.

Okay, I got nothing to lose on this one. I trust those words.

Following the duct tape signs, I ended up at Keith Apicary’s booth (aka Nathan Barnatt). And as you can tell with the pics, his booth was completely trashed. It’s a strange way to present yourself, but you are guarantee to be a crowd gather tho. Fans of his work came for pictures, odd ball conversations and taking bits of trash as souvenirs.

By the end of the three days, I’ve found a few Xbox 360 & PS2 games that I wanted to play for awhile now. I haven’t played Army of Two since the first year it was release, and it hasn’t aged well in the later years, but I am pretty sure there isn’t going to be a HD collection coming out for at least another console generation and there are still plenty of cheesy moments in that game. Army of Two: The 40th Day on the other hand, was cheap. Like 3 bucks. I also traded up for a mint condition copy of the Guy Game since that game is complete garbage, but still worth to own for sad bragging rights.

Behold the grab bag of music and games!

Another big feature of TMG is the indie dev selection, a large collection of game developers looking to demo their latest games and interact with the local gamer community. These indie devs were showcasing different types of projects in various development phases; early conceptual prototypes to Steam Greenlight, and fully release games that can be downloaded today. This selection was a great place to meet eager developers and fresh ideas that they were bringing to the gaming community.

Ghost Crab Games was demoing off their game Hastilude, a multiplayer combat dueling game, similar to Joust with a ton of power ups and super moves. The game features different heroes and mounts to take into battle, each with unique strengths and abilities that keep the battles fast and unpredictable. Hastilude is currently in it’s Alpha stage and will available for Windows, Mac OS X, and Linux.

Suave Games was presenting an update to their game of Boris: Hero of the Universe, a game that is part rail shooter and part rhythm situation. Players control Boris, a magical bearded dragon that is on a mission to defeat the Cricktoid Empire from conquering the universe. Powered by the groovy beats of music and bugs, Boris is flying through space, shooting laser beams to destroy his enemies and save the universe! Boris: Hero of the Universe will available for Windows, Mac OS X, and Linux. 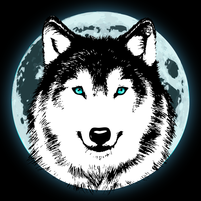 Luna Wolf Studios was show casing two games: Haberdashery and Turbo Hobo Cannon. Haberdashery is an adventure game that has the player control a sheep that is fleeing from a dragon, but along the way is collection coins and hats. Each stage has a different theme and special game mechanic that has the player changing their tactics and hats at every turn. Haberdashery has the a mix of Katamari Damacy & Sonic 3 special coin collection stages, with a healthy dosage of odd ball humor in the mix. Turbo Hobo Cannon is like spoof of the launch game genres where you are catapulting an object to crazy distances. This time around, players are launching a lovable hobo through one the longest and dirtiest streets in the world. Both games are available now for free. Under Byte Studio was presenting their newest game, Heroes Guard: The Journal, a mash of table game role playing, card deck building and a Choose-Your-Own-Adventure book. The game puts the player as a old veteran adventurer that is recalling past memories. You relive the memories through card battles and decision making events that sharp the past and have consequences with the overall story. Heroes Guard: The Journal is a available for mobile devices now.

Wimbus Studios was demoing their latest update to The Island of Eternal Struggle, a RPG that takes the classic turn base combat into a fast pace interactive sequences. Players control Ian, a war weary solider, Faye the oracle, Xenon the cyborg and Bera the warrior. The four of them will go on an quest to travel the landscape to battle strange and powerful creatures, and one day bring peace to the land. The Island of Eternal Struggle is in early development and looking to be Steam Greenlight soon.

Through out the three days, every hour there was a different band on stage playing a set for anyone to hear. I was only able to catch a few acts through out the time their and they were all amazing to see live.

Parties / Things we did instead of sleep!

On Friday & Saturday night, once we closed up the freeplay selection it was time to meet up with the other staff to relax for a bit. Nothing like a few slices of pizza and some cold adult beverages to refuel you body to then make quick conversations in a loud room. Here’s a few pics from the parties.

Screenwave Media hosted the Friday after party, people came to dance and sing karaoke into the long hours of the night.

And couple of pics with Cinemassacre

Saturday Night, I was greeted with a magical drink of “Etco-clear” (A homemade cocktail of Etco-cooler mixed with EVERCLEAR). That’s how the night started for us, and only got better every moment.

I AM THE FIRST OF MANY STRANGE DECISIONS OF THE NIGHT!

At some point we noticed a lot of fancy dressed people started to appear and no one could figure out if it was a cosplay thing or just people decided to go super formal for this party. Turns out, a wedding party has just arrived to the hotel and now we had reverse Wedding Crashers situation.

Now I had a goal in mind: MEET THE BRIDE. A few well placed drinks later, and I am dancing with the bride, who I labelled the Too Many Games Bride.

And I was going to wear white today too!

In all the years I have attended the parties at Too Many Games, this was beyond nerdy and awesome. It was super amazing  party with so many people at these events and share crazy experience we had through the day. Every day at TMG was an adventure with great people, and every summer I look forward for the next installment of zany fun at the convention. Till the next time 2017 TMG!

Bonus: cameos in other people’s stuff!

During TMG, Geekade came to our area to interview AVGC about our own upcoming convention:

Adam Koralik came by to film some B-roll:

Bonus: Found myself in a Joker Productions video.