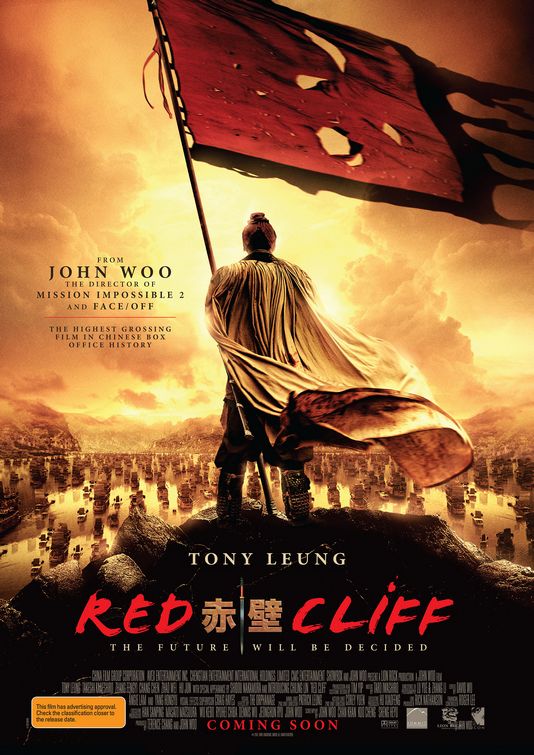 One of our favorite directors is back with the historical epic “Red Cliff”.  Woo hasn’t done much in the US since Paycheck, which was kind of terrible, but this looks like he is back to his old, slow motion, ballet of violence self.  The movie is a telling of the Battle of Red Cliff, which occurred during the Han Dynasty in ancient China, based on the account in Chronicles of the Three Kingdoms. The movie stars Tony Leung and Takeshi Kaneshiro and was the highest grossing film in Chinese box office history.  It was also released in two parts and ran four hours in total.  The US version has been edited down to 2.5 hours and is looking pretty good.  Check out the trailer below and see what you think.