It’s a new year and we have a ton of great movies to look forward to this year, including what’s shaping up to be a pretty bitching summer.  I’m getting a little ahead of  myself because today we’re looking at what’s coming out through March.  Typically, the studios just dump their leftover crap into the early part of the year but there’s actually some big movies coming out early this year. 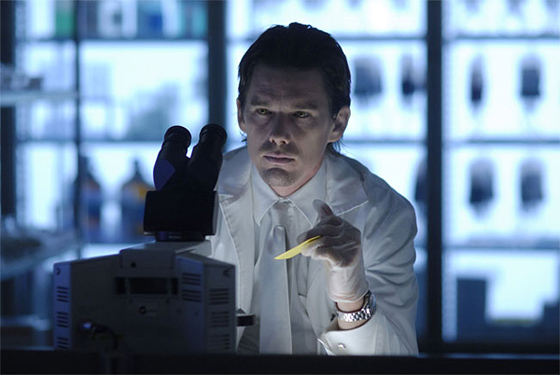 Daybreakers- In the not too distant future, almost everyone on the planet has been turned into a vampire.  Those that aren’t are either farmed for blood or make up a small resistance movement.  It’s got some big names like Willem Defoe, Sam Neill and Ethan Hawke but it doesn’t look like anything special. 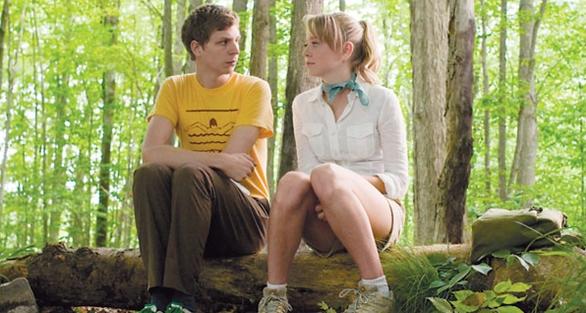 Youth in Revolt- Michael Cera stars in this adaptation of the book of the same name as both Nick and his bad boy alter ego Francois as he tries to get with the girl of the dreams and not get arrested because of what Francois does.  The hipsters will probably eat this up with a spoon. 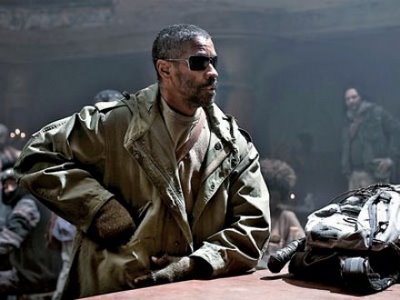 The Book of Eli- This one looks awesome.  Denzel Washington makes his way through a post apocalyptic wasteland, defending his precious book and beating down anyone who tries to stop him.  Gary Oldman looks like he’s in full on crazy villain mode as well so I’m pretty excited for this one. 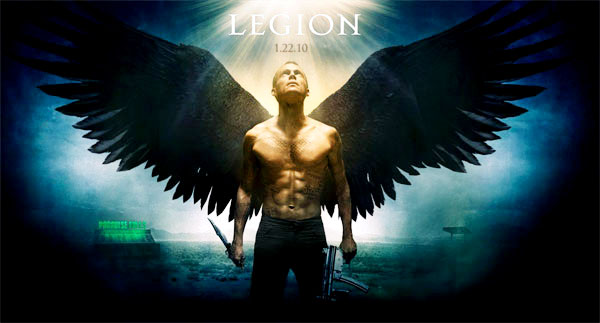 Legion- Another view of the apocalypse, this time God gets fed up with humanity and sends angels to kill everyone.  However, Archangel Michael joins a small band of people to defend a waitress who might be pregnant with the second coming of Jesus.  This one is looking like one of the aforementioned “dump it in the early part of the year” movies. 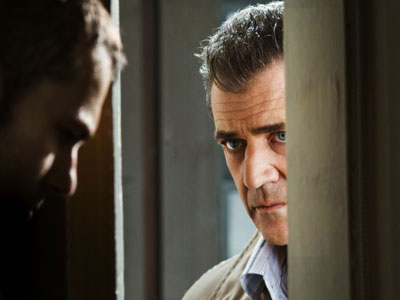 Edge of Darkness- Mel Gibson is back in front of the camera in this revenge thriller.  Gibson plays Thomas Craven, a detective who takes his daughter’s murder into his own hands.  Last year we had the awesome Taken, which had a similar premise so it might be hard for this one to live up to that.  It will be interesting to see Mel back in front of the camera and see if he can still kick ass. 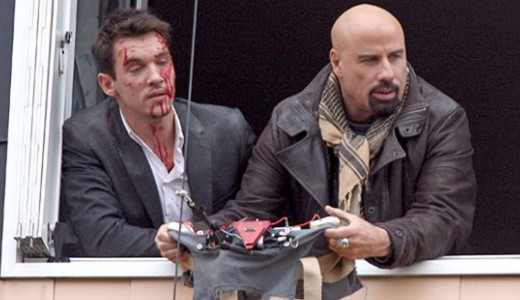 From Paris with Love- Speaking of Taken, Pierre Morel, who directed it, has another action movie up his sleeve with From Paris with Love.  Starring Jonathan Rhys Myers and John Travolta, who are reluctant partners who have to foil terrorists in Paris.  I’m sure the action will be good but will we all be distracted by Travolta shaved head and beard combo? 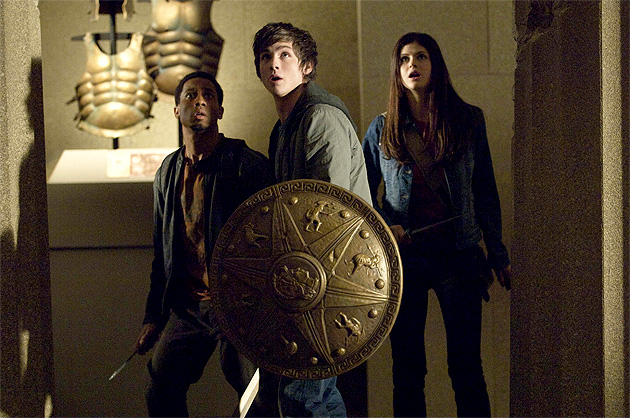 Percy Jackson and the Olympians: The Lightning Thief- It’s gonna be a big year for Greek Mythology with this, Clash of the Titans and God of War III.  Based on a series of books, the story follows a group of teens who discover they are actually the offspring of Greek gods and they must team up to catch a thief who stole Zeus lightning.  I’m seeing lots of hype for this one, can it step out of the shadow of Harry Potter and become the next big fantasy franchise? 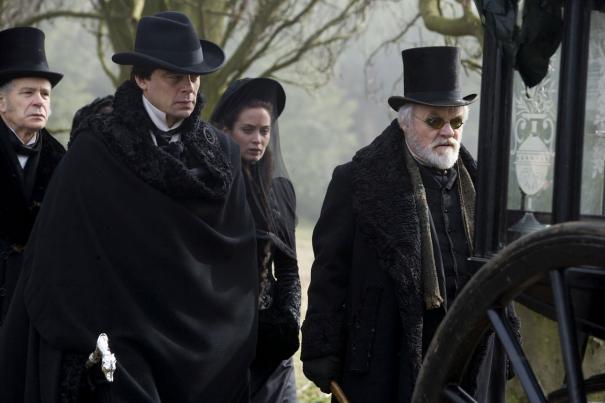 The Wolfman- This one is looking great from the trailers and has an extremely strong cast including Benicio Del Toro, Hugo Weaving, Emily Blunt and Anthony Hopkins.  Vampires are the monster du jour right now so I’m wondering if people will be interested in their hairy cousins. 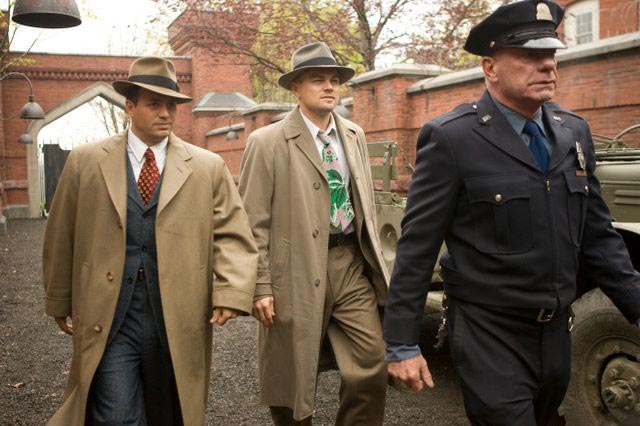 Shutter Island- Shutter Island was supposed to be out in November of last year but got pushed back to February.  I hope this isn’t a comment on it’s quality because it looks good from the trailer.  Coming from Martin Scorsese and starring Leonardo DiCaprio, it’s about a pair of US Marshalls investigating the disappearance of an inmate of the asylum on the titular island.  It looks pretty creepy but my one fear is that there’s a fairly obvious twist ending that I hope they avoid. 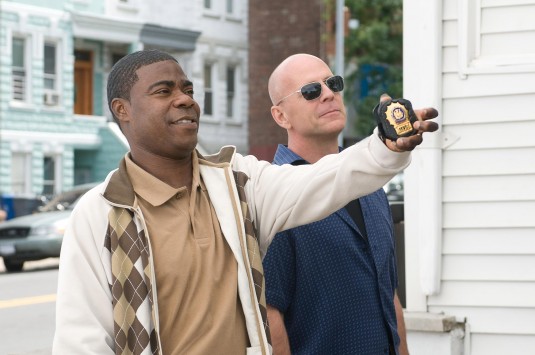 Cop Out- Kevin Smith’s first directing gig without writing it is looking fairly generic from the trailers.  Tracy Morgan and Bruce Willis as cop partners seems like a great idea but I’m skeptical. 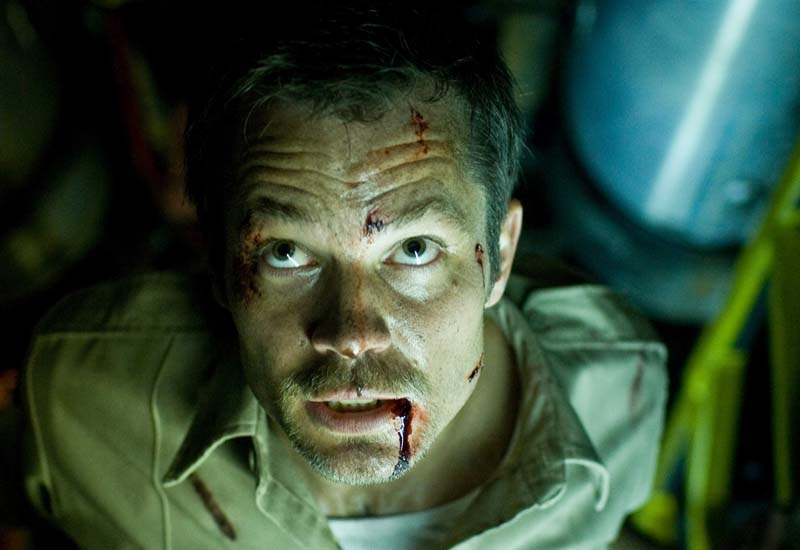 The Crazies- A remake of a George A. Romero movie, The Crazies looks extremely creepy and like everything The Happening wishes it was.  A small town’s residents start to go insane and start killing each other and the sheriff, his wife and a small band of survivors must escape before the Army destroys the town.  I’m a sucker for zombie and related movies so I’ll probably check this one out. 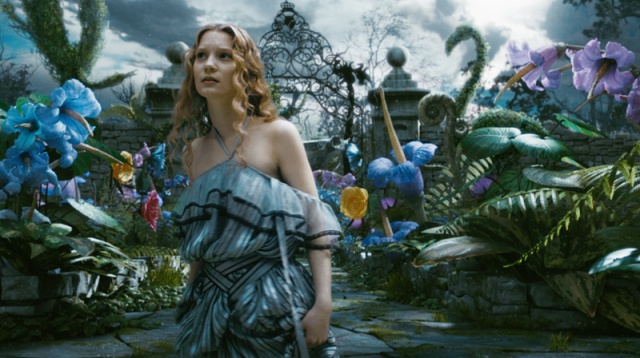 Alice in Wonderland- Tim Burton plus Alice in Wonderland is pretty much a match made in heaven and the movie is looking like a visual smorgasbord.  All the classic characters have gotten the Burton treatment with Johnny Depp as The Mad Hatter stealing most of the limelight.  It’s also not a strict retelling as it’s kind of like a sequel as Alice returns to Wonderland to find the Red Queen controlling the land. 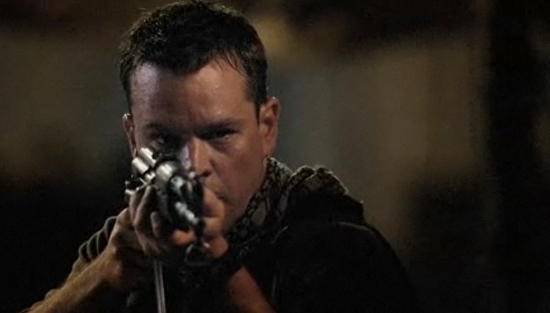 Green Zone- Paul Greengrass and Matt Damon reteam for the new action movie Green Zone.  Based in Iraq, it follows a CIA agent trying to find weapons of mass destruction and higher up terrorist leaders.  Greengrass and Damon have given us some of the best action movies of the decade in the Bourne series but Iraq war movies have been notoriously underwhelming, with a few exceptions like The Kingdom or The Hurt Locker.  Hopefully this will buck the trend. 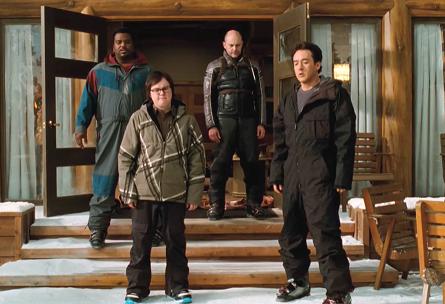 Hot Tub Time Machine- A hot tub/time machine sends John Cusack, Craig Robinson, Rob Corddry and Clark Duke back into the 80’s.  Great cast and great potential for jokes make me excited for this one. 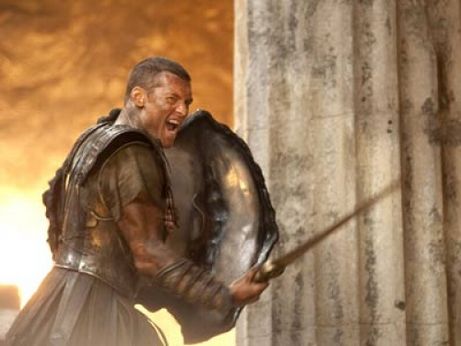 Clash of the Titans- “It Guy” of the moment Sam Worthington stars in this remake of the classic tale of Greek mythology.  It looks like it’s taking lots of inspiration from God of War and going in an “extreme” direction but it looks like it has great special effects and could be a fun ride.  The Krakken at the end of the latest trailer also is huge and should be awesome on the big screen.  It might lack the charm of the original, with it’s robotic owls and stop motion.