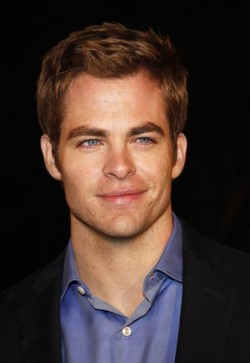 One franchise we haven’t seen in a while is the Jack Ryan series.  Based on the books by Tom Clancy, the movies include Hunt for the Red October with Alec Baldwin as Ryan, Clear and Present Danger and Patriot Games with Harrison Ford and The Sum of All Fears with Ben Affleck.  Now Chris Pine aka Captain Kirk is going to be the newest Jack Ryan in a movie currently with the working title of Moscow.  The movie will take place before the other movies as Ryan leaves the Marines to become a stock broker.  Ryan is working for a private employer in Moscow but is soon set up to take the fall for a terrorist plot that will destroy the US economy.  Producer Mace Neufeld has said that it’s going to be more of a thriller than an action movie and they want to portray his ability to think ahead and adapt as key aspects of the character.  The Jack Ryan movies have always been hit or miss, Red October was great mainly for Sean Connery and I enjoyed the Harrison Ford movies.  I haven’t seen Sum of All Fears but I haven’t heard good things.  We’re action junkies here at EA but I’m down for a smart thriller like Michael Clayton as well so we’ll have to see how it develops.