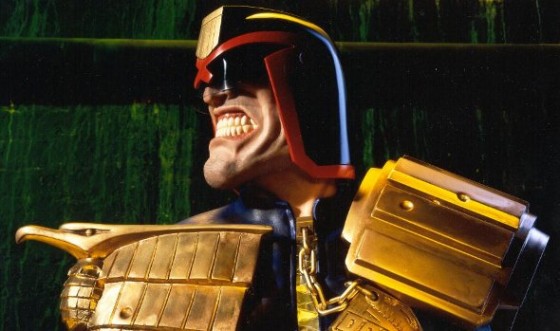 If you’re a reasonable person you probably blocked out any memory of the horrible Sly Stallone Judge Dredd movie that came out in the late ’90’s.  Everything that Demolition Man did right, Judge Dredd did so very wrong, including having Sly’s co-star be Rob Schneider.  The movie was panned by critics and bombed at the box office but the original comic could potentially still be a bad ass movie.  At least that’s what Indian company Reliance Big Entertainment thinks, as they’ve agreed to independently finance DNA Films new 3D adaptation for $50 million.  DNA has tasked Vantage Point director Pete Travis to direct the new Dredd, which will be closer to the original comic’s dark and violent tone and hopefully with no big studio interference it won’t be the bloated, horribly acted mess the first Dredd movie was, as shown below.