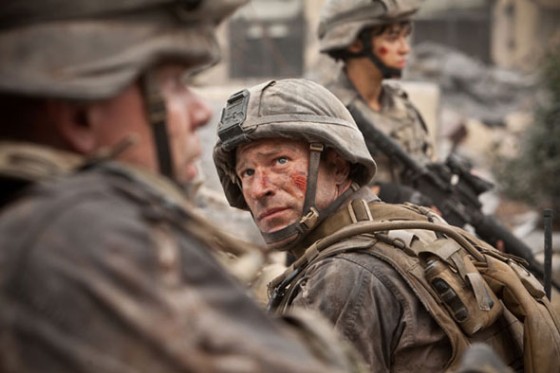 With Skyline out this weekend, another alien invasion movie released it’s first trailer.  That movie is Battle for Los Angeles, a grittier, Black Hawk Downesque take on the alien invasion genre.  As you can probably guess from the title, aliens invade Los Angeles (I believe this is about the 10th time it’s happened) and a squad of marines (led by Aaron Eckhart) are on the front lines trying to fight them off.  It looks pretty good and it might be interesting to see a more realistic take on an alien invasion, even though I love me some Independence Day style invasions as well.