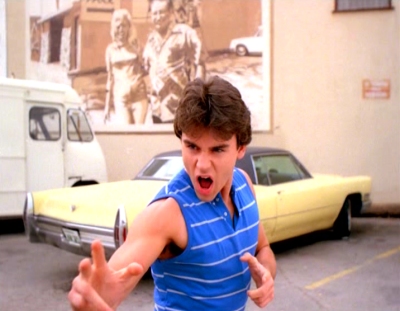 We’re highlighting another amazing montage song this week in Musical Montage.  It’s “Hold on to the Vision” by Kevin Chalfant from the lost Van Damme “classic”, No Retreat, No Surrender.  After gaining some valuable martial arts training from the ghost of Bruce Lee, young Jason Stillwell puts himself through a rigorous playground training regime to gain vengeance against evil Russian Ivan for crippling his father, who refused to sell his karate dojo to the mob.  Witness exercises never before seen or seen since like “the pelvic thrust into your black friend eating an ice cream bar” and the “upside back slap into a basketball hoop”.  Check out all the magic below.