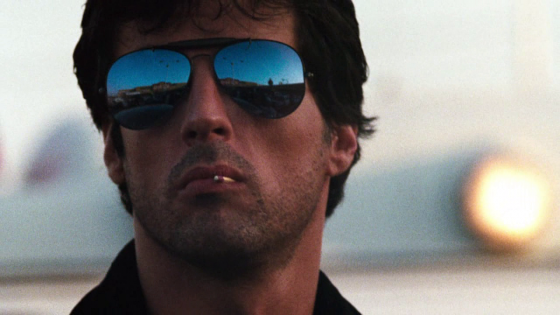 Recently making it’s way to Blu Ray, Cobra is a beloved second tier Stallone movie that features one of the weirdest montages in action movie history.  Stallone plays super cop Marion Cobretti, who is on the hunt for a vicious killer called “The Night Stalker”.  While Cobra and his partner hunt the streets, Bridgette Nielsen is introduced as a supermodel who is modeling with robots for some reason.  The song that is accompanies the scene is the wonderfully cheesy, “Angel of the City” by Robert Tepper, who previously contributed another classic Stallone montage song with “No Easy Way Out” from Rocky IV.

Musical Montage: Paul Engemann “Push it to the Limit”