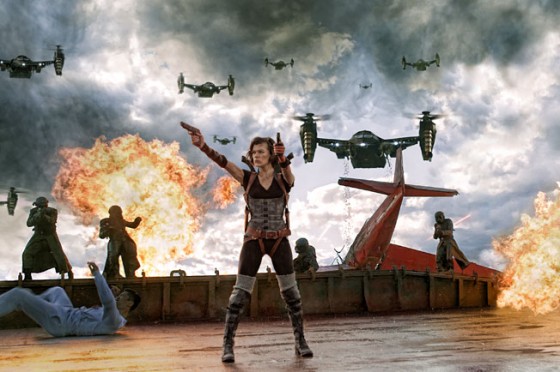 The Resident Evil movie franchise has been resembling the zombies it features by refusing to die and now the fifth entry is set to debut this fall.   Milla Jovovich returns as Alice who, according to the official plot summary but in no way clear in the trailer, is captured and taken to Umbrella’s main operations facility.  She, of course, breaks out and must fight her way through the facility.  Favorites from the game series, Leon Kennedy and Ada Wong, make their film debuts and returning characters like Jill Valentine are featured as well.  Michelle Rodriguez’s character also seemingly returns, despite getting turned into a zombie in the first movie, but there’s so much cloning and shit going on in this series that anyone could die and come back.  It looks like the same Matrix rip off action that the movie’s have always featured, so if you’re into that sort of thing, you’ll probably be excited.  Check out the trailer below.