If you’ve ever seen a movie with a killer animal running around then you’ve probably seen the so called “expert” who gets called in, whether he’s a hunter or a scientist, and who has an aura of bad assery and competency but is promptly killed by the animal in question.  Here are five of the worst “experts” in their given field (not saying that they aren’t great characters though) 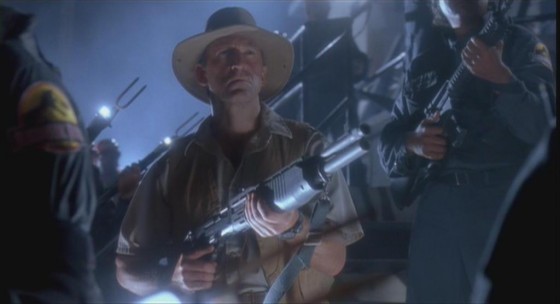 I’m willing to cut Muldoon (Bob Peck) some slack because the animal he’s asked to be an expert in hasn’t existed on the planet Earth for 65 million years but he still fails spectacularly when called upon to act.  Throughout the entirety of Jurassic Park, Muldoon is built up as a bad ass hunter, previously working on John Hammond’s Kenyan game park and an expert in predators like cheetahs and lions but is called upon to be the game warden of the various dinosaur species Ingen has brought back to life.  Muldoon does manage to outrun the T-Rex in a jeep but we were all just waiting to see Muldoon get down to his element and take on the dinosaurs 1 on 1.  To Muldoon’s credit, he seems to have massive respect for the various dinosaurs, most notably the Raptors, but he is still easily outsmarted by the Raptor trio with a simple bait and switch.

4. Charles Remington in The Ghost and The Darkness 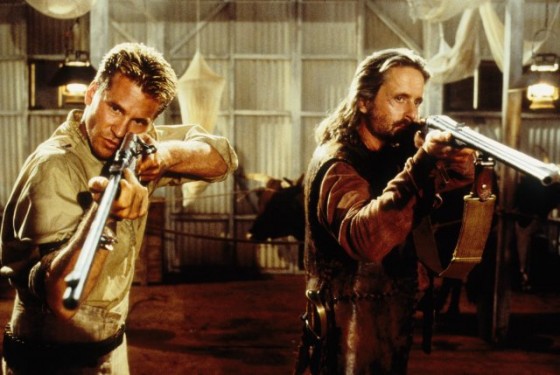 As played by Michael Douglas, Charles Remington is a Victorian era lion hunter who is called in by British military engineer John Henry Patterson to help kill a pair of rogue lions (the titular Ghost and Darkness) who are stalling the building of a railroad through Africa.  Remington arrives with a group of Massai warriors, who immediately leave after the first confrontation with the lions.  Remington stays and comes up with a plan to lure the lions to an old hospital by covering it with blood and meat but the lions instead go to the recently build new hospital and murder a bunch of patients and more of the railroad workers.  Remington does manage to kill one of the lions but the other ninjas into camp later that night and drags Remington off to kill him, leaving Val Kilmer to kill the remaining lion by himself.

Besides being a shitty snake expert, Paul Sarone (as played by Jon Voight) is also just a huge dick, hijacking a documentary film crew on his mad quest to capture a record breakingly huge green anaconda.  Sarone’s various attempt to capture the anaconda only result in most of the film crew getting killed and Sarone even uses the surviving crew as bait by covering them in monkey blood but is finally killed by the anaconda himself as it eats him whole and then, to add insult to injury, vomits him back up. 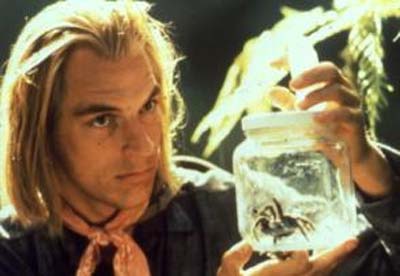 Dr. Atherton’s failure almost resulted in a deadly new species of spider invading all of America and not just the small town they start out in.  Dr. Atherton starts out by doing the equivalent of throwing dynamite into a lake by going into the Venezuelan rainforest and smoke bombing the creatures of a massive sinkhole and collecting the falling, knocked out, creatures, one of which is an aggressive, venomous spider.  The captured spider is only a drone but the “general” spider hitches a ride in one of Atherton’s assistant’s backpacks, kills him and then catches a ride back to America, where it mates with a common house spider and a brood of genetic monsters are unleashed on the small town of Canaima, killing a bunch of the residents.  Atherton is called in by archanophobic town doctor, Ross Jennings, to figure out how to stop the spiders and Atherton tracks down the site of the general’s first nest but is quickly killed by getting bit on the arm, leaving Dr. Jennings and bumbling town exterminator, Delbert McClintock, to eliminate the rest of the spiders. 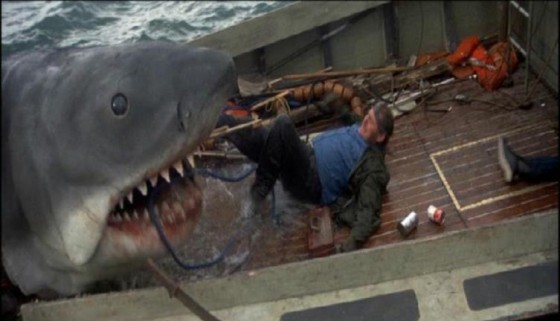 The amount of hype and build up around Quint (Robert Shaw) in Jaws makes his eventual horrific murder by the titular shark all the more ridiculous.  Quint starts the hype machine going by interrupting a town meeting about what to do about the rogue shark by saying that he’s hunted sharks before and even gives the town options about how they want the carcass.  Quint, along with Sheriff Brody and scientific shark expert Matt Hooper, head out Quint’s boat, the Orca, to hunt down Jaws and Quint reveals that he has an hatred of sharks after surviving in shark infested waters in World War II when his ship was sunk.  Jaws manages to damage the Orca various times and Quint helps by destroying the only radio on board.  Eventually Jaws manages to flop himself on board and eat Quint in the most horrible way possible, leaving Sheriff Brody, who is terrified of both sharks and the ocean, to blow up Jaws with a well timed shot to a scuba tank.

5 Rules for the Deadpool Movie