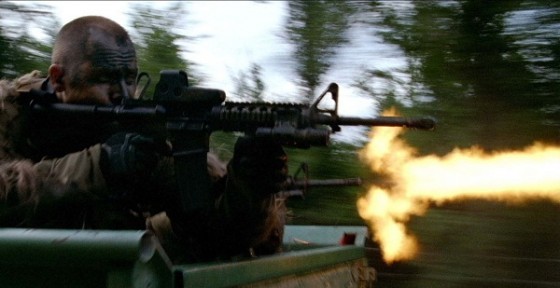 Appealing to the Call of Duty players of the world with a pretty aggressive ad campaign, (I saw trailers before almost every movie that came out before it and tons of TV ads), seems to have paid off as Act of Valor took in $24.7 million and the number one spot at the box office.  It’s in the middle of the military/action genre in terms of gross, beating movies like Tears of the Sun and The Hurt Locker but behind other movies like Jarhead and Battle: Los Angeles.  Coming in second was the latest from Tyler Perry, Good Deeds, which made $16 million.  It’s the second worst Tyler Perry opening ever.  Journey 2 held strong in third place, probably since most kids were still off from school, and made another $13.5 million.  Last week’s numbers 1 and 2 fell down to fourth or fifth respectively with Safe House making $11.4 million and The Vow making $10 million.  Ghost Rider is on a slippery slope off the top ten, going from third to sixth this week with only another $8.8 million.  The other two releases, Gone and Wanderlust, both bombed hard with Wanderlust making just $6.6 million and Gone opened with $5 million and the worst opening weekend of 2012, so far.