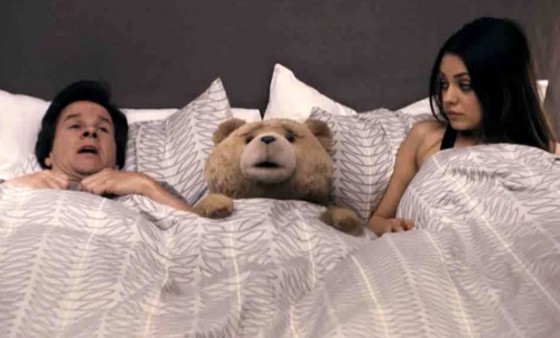 Seth McFarlane makes his theatrical directorial debut with Ted, starring Mark Wahlberg and himself as a pair of roommates, except McFarlane voices a foul mouthed teddy bear named Ted.  Wahlberg plays John, who meets his dream girl, Lori (Mila Kunis) at a club but might have to decide whether he and Ted should finally go their separate ways if things get serious.  Patrick Warburton, Joel McHale and Giovanni Ribisi co-star as well.  It definitely looks like it has the Family Guy sense of humor, albeit now completely unrestrained by censorship, and McFarlane is using his Peter voice for Ted. It looks pretty funny so far and you can check it out this July and you can check out the trailer below.

A Million Ways to Die in the West Trailer