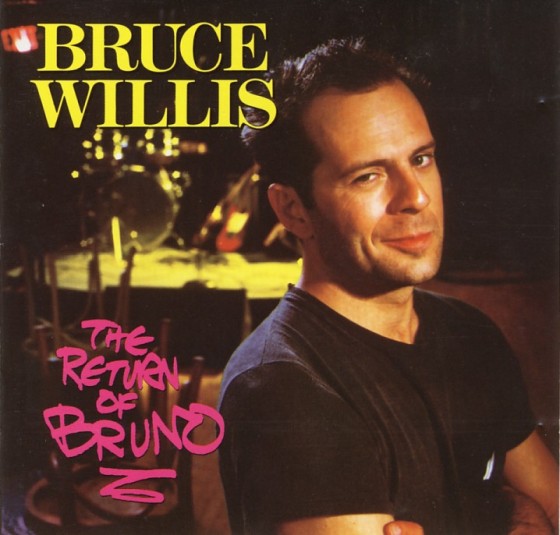 We’ve explored pretty much every aspect of movie music like the work of composers, highlighting soundtracks, music videos inspired by movies, music videos featuring actors and musical moments in movies but the one area we haven’t really explored is the movie/TV actor who decides they are also a music star.  Sometimes it works out but most of the time it fails spectacularly (see future installments for the likes of Eddie Murphy and Don Johnson).  Today we’re going to check out the musical chops of one of our patron saints, Bruce Willis, who put out the album, The Return of Bruno, in the mid 80’s.  The album made it to #14 on the Billboard charts and featured Bruce aka Bruno covering songs like “Under the Boardwalk” and “Secret Agent Man” but what we’re focusing on is the single off the album, “Respect Yourself”.  In the video, “Bruno” is a bartender at a local pool hall/dive who spends most of his time singing into pool cues and getting help from the local background singers, who seem to be the only customers at the bar.  Check out the video below.

Musical Montage: Paul Simon “You Can Call Me Al”