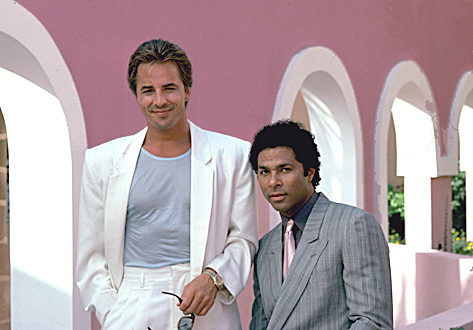 You’re probably thinking, “What’s so special about the music from Miami Vice?”  Well, we’re not really talking about the music from the actual show this week (although we will have to feature Jan Hammer at some point) but the music from it’s two stars, Don Johnson and Phillip Michael Thomas.  You see, as many huge stars of the 80’s were want to do, Crockett and Tubbs decided to see if they could blow up in the music industry as they had on the small screen and the results are about as cheesy and terrible as you could hope for.  Don had a little more of a boost because he was dating Barbara Streisand at the time and his single “Heartbeat” actually charted while Thomas tried to get people on the dance floor with the club jam “Just the Way I Planned It”  Check out both efforts below.