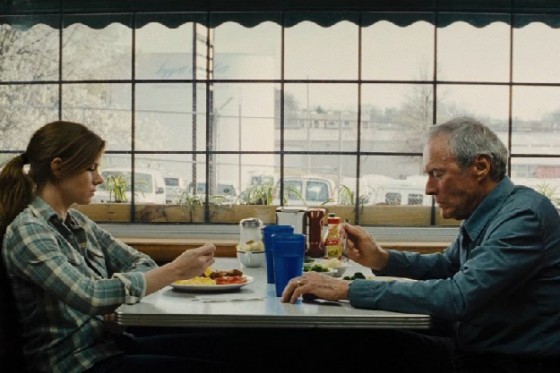 Clint Eastwood came out of his acting retirement after doing Gran Torino to help his production partner, Robert Lorenz, with his directing debut with Trouble with the Curve.  Clint plays a veteran baseball scout who is going on a trip to check out an up and coming player and his estranged daughter, played by Amy Adams, is coming along for the ride, as she has aspirations of being a scout herself.  Justin Timberlake co-stars as a fellow scout and the movie also feature John Goodman, Mathew Lillard and Robert Patrick.  It looks like there’s going to be some good, ornery Clint dialogue and it also seems like kind of an anti-Moneyball, with Clint’s character talking about how computers can’t tell if a player has instincts or not.  It’s out in September and you can check out the trailer below.