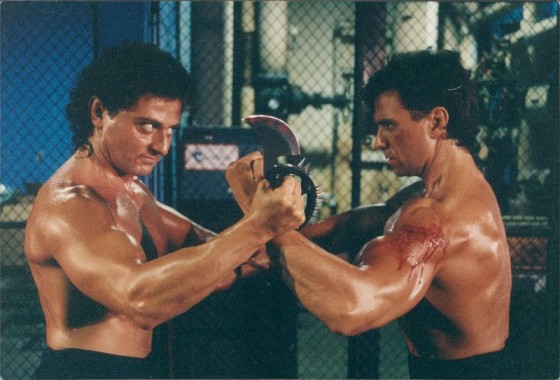 One of our favorite sites here at Everything Action is the similarly named Everything is Terrible, purveyors of the most hilarious, disturbing and ridiculous videos on the internet.  Last week, they took over Cinefamily in Los Angeles for a week of programming, including screening Star Wars: Uncut and having a Q/A with Cynthia Rothrock but the highlight, in our books, was their hour long feature on outrageous action sequences.  Starting with some standard fare from Norris, Van Damme and Seagal, the panel quickly devolves into bizarre direct to video 80’s action and some of the best scenes from around the world.  If we ever have an Everything Action panel, it would probably be exactly like this.  Thankfully the whole thing was live streamed and you can check out the whole thing below or at www.stickam.com/cinefamily