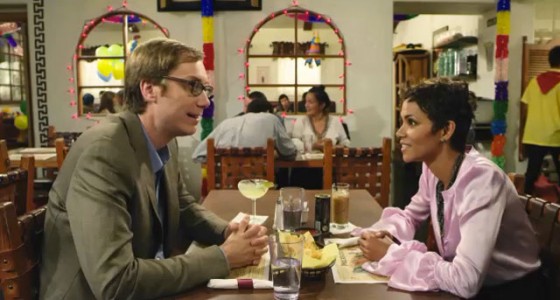 At first glance, Movie 43 seems like the latest in the crappy entry in the _____ Movie series but then you realize, wait, Halle Berry is in this movie? Kate Winslet? Hugh Jackman? What the hell is going on?  What’s going on is that Movie 43 is actually a comedy anthology movie featuring a ton of actual like the aforementioned Berry, Winslet and Jackman but also Chloe Moretz, Johnny Knoxville, Gerard Butler, Richard Gere, Liev Schreiber,  Christopher Mintz-Plasse, Chris Pratt, Anna Faris, Stephen Merchant and many more and the segments are directed by the likes of Brett Ratner, Peter Farrelly, James Gunn, Bob Odenkirk and Elizabeth Banks.  The considering the talent behind and in front of the camera, Movie 43 might be worth keeping an eye on, it’s out in January and you can check out the trailer below (NSFW since it’s the red band trailer).

X-Men: Days of Future Past Trailer