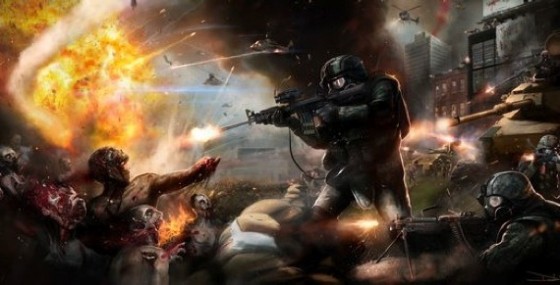 If you’re a fan of zombies and you haven’t read Max Brooks’ World War Z, stop what you are doing and get a copy right now.   It is easily one of the best pieces of zombie fiction and it’s set up as an “oral history” of the war with the undead, as a researcher tries to piece together what happened around the globe to various people.  The movie version has been in the works for years, suffered some delays, rewrites, reshoots but now it is finally coming out next summer, directed by Quantum of Solace director, Marc Forster.  The movie is supposed to keep the global feel of the book but will follow only one character, Brad Pitt’s Gerry Lane, a UN worker who manages to get his family to safety but is recruited to help efforts to beat back the undead around the globe.  It looks like there’s going to a be a ridiculous amount of zombies but I’m a little worried that it looks heavily CG.  The movie is out in June 2013 and you can check out the trailer below.

10 Things from World War Z, the Book, That Should Be in the Movie