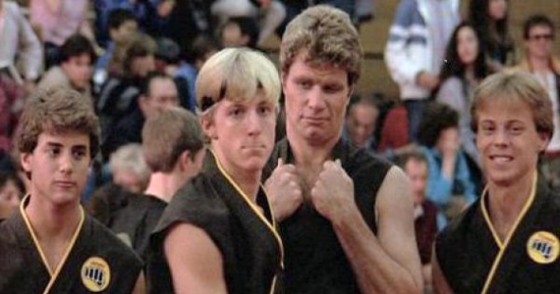 The LA based rock band No More Kings got massive nostalgia points when they released the music video for “Sweep the Leg” in 2007.  It would probably have been enough that the song was based on The Karate Kid but the band went the extra 10 miles by getting Johnny himself, Billy Zabka, to star and direct the video and get most of the original cast to cameo as well, including Martin Kove and the rest of Cobra Kai and Daniel-san himself, Ralph Macchio.  The video follows Zabka as he tries to redeem himself for his loss in the climactic karate tournament by getting into a battle with No More Kings lead singer, Pete Mitchell.  Check out the video below.