This week the Die Hard franchise becomes a quintrilogy with A Good Day to Die Hard hitting theaters and we’re back with Franchise Flashback to see how far John McClane has come before he heads to Russia. 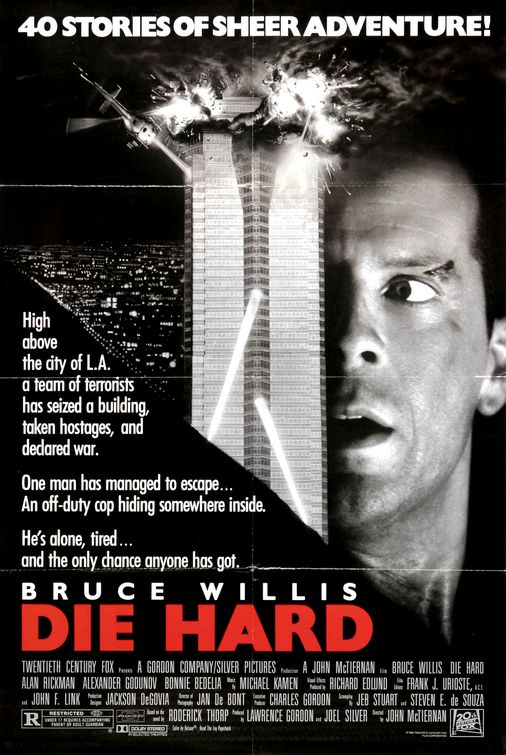 Die Hard (1988): The original Die Hard is one of the greatest action movies of all time and set the tone for what 90’s action would be following the Schwarzenegger/Stallone one man armies of the 80’s.  Bruce Willis as John McClane was just a regular guy who was in the wrong place at the wrong time but was the only who who could save day.  The movie was actually based on the novel Nothing Lasts Forever by Roderick Thorp and followed basically the same plot of an NYPD detective who gets caught in an office building taken over by terrorists, led by the charming but ruthless Hans Gruber, and forced to figure out some way to defeat them and free the hostages with basically no resources.  The same structure was copied by tons of movies over the years, like Sudden Death, Air Force One, Executive Decision, Under Siege and more. 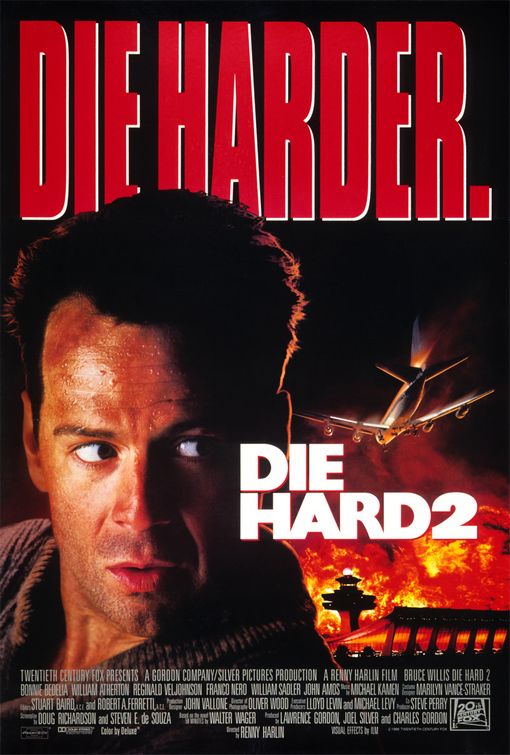 Die Hard 2: Die Harder (1990):  The sequel to Die Hard had massive expectations attached to it and, while financially performed better, has in recent years has widely been considered the weakest in the series.  It was also based on a novel, 58 Minutes by Walter Wager and finds John having to stop a group of mercenaries led by rogue special forces officer, Col. Stuart, who have taken control of Dulles Airport and preventing planes from landing, including the one carrying his wife, Holly.  Stuart was no where near as charismatic and cunning as Alan Rickman’s Hans Gruber and the traditional “twist” to the villains was trying too hard to be clever and one up the original.  There were some great action sequences, like John killing someone with an icicle and blowing up a plane on the runway in the finale but it definitely failed to live up the greatness of the original. 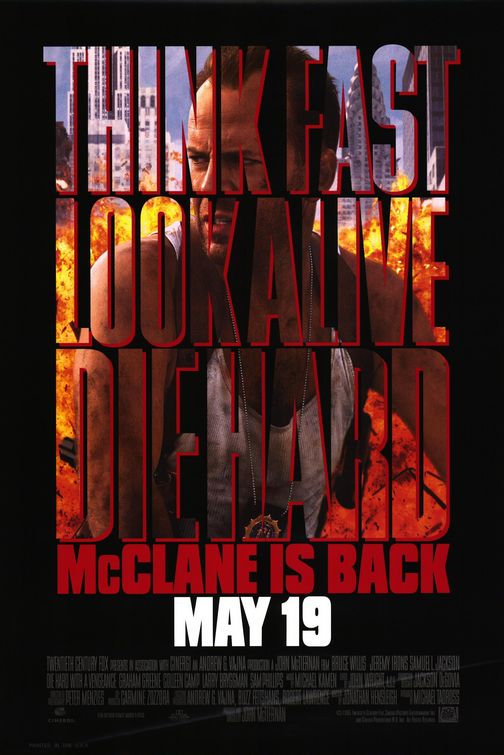 Die Hard with a Vengeance (1995): The third movie in the Die Hard franchise is arguably the second best movie in the series with Samuel L. Jackson partnered up with John to stop Simon Gruber, the revenge seeking brother of Hans Gruber.  The movie moves at a breakneck pace as John and Jackson’s Zeus have to defeat a series of puzzles and challenges Simon has laid out across New York City, all basically just a distraction so he and his crew can steal the gold from NYC’s Federal Reserve bank.  The movie utilizes it’s setting to great effect with a subway bombing setting off the movie, a fantastic chase through Central Park in a cab and Zeus and John heading up and down all the boroughs of NYC doing what “Simon Says”. 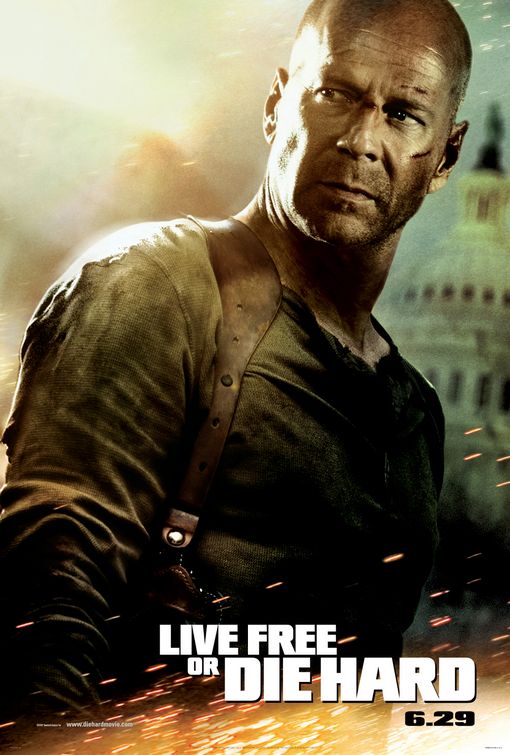 Live Free or Die Hard (2007): After more than ten years away, John McClane returned for Live Free or Die Hard and it was one of the weaker entries in the series for a number of reasons, most notably that the historically violent and curse filled series was neutered to a PG-13, leaving John to call people “jerk off” and the iconic catchphrase of “Yippee Ki Yay Mother Fucker” getting cut off by a gunshot.  As much as we love Timothy Olyphant on Justified, he was not the greatest villain as cyber terrorist, Thomas Gabriel.  Justin Long was also pretty annoying as McClane’s hacker sidekick, Matt Farrell and a huge step down from Samuel L. Jackson.  The entire plot revolved around Gabriel causing a “fire sale”, a meltdown of all the nation’s computer systems as a way to steal the information from the Social Security Administration.  This entry also turned McClane from a regular guy into an unstoppable superhero, culminating in him fighting a Harrier jet with a semi truck and then jumping onto said jet after the semi is destroyed.