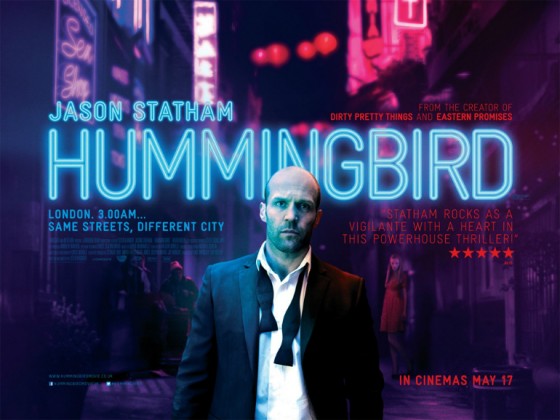 Jason Statham is taking a dramatic turn in his next movie, Hummingbird, playing Joe, a former solider who ends up on the streets of London with his pregnant girlfriend.  After taking a pretty bad beating, Joe breaks into the apartment of a rich businessman and assumes his identity while he’s away on business in New York City.  Joe finds out that his girlfriend, Isabelle, has been killed and he sets out to get revenge by working with the Chinese Triads.  It definitely seems like it’s going to be more on The Bank Job or Blitz side of the Statham spectrum as opposed to the Crank/Transporter end.  The movie is out in the UK in May and there is no US release yet, but it will most likely find it’s way here on DVD/Blu-Ray sometime later this year.  Check out the trailer below.

Dominic Coooper is Kind of an Irish Bourne in Stratton (Trailer)