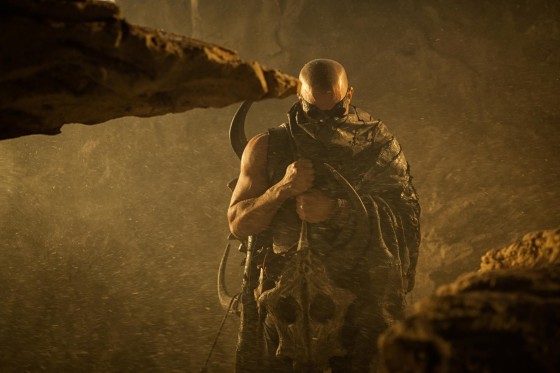 Thanks to the effort of Vin Diesel and David Twohy, Riddick will be returning, even after the disastrous, bloated Chronicles of Riddick.  Returning to the smaller scale, tenseness of Pitch Black, Riddick finds himself on what is believed to be a lifeless planet, pursued by bounty hunters.  Everyone realizes there is something else on the planet hunting them and things escalate from there.  Karl Urban will return and Katee Sackhoff and Dave Bautista are making their debuts in the franchise.  The teaser is below and it’s less than 30 seconds but it’s probably just to say, “Yo, Riddick is back” and a longer trailer will probably be out in the next couple of months.  The movie is out in September and you can check out the trailer below.